Now the target should be a security Council resolution?

Everyone must be on board to cole the Rohingya problem 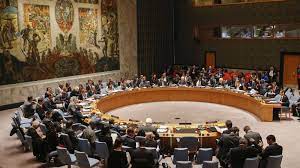 In the last five years or so, various initiatives have been taken in bilateral and international forums to repatriate the displaced Rohingyas or to resolve the crisis, but to no avail. The adoption of a unanimous resolution for the first time in the UN’s Third Committee on this issue on November 23 is a beacon of hope.

Japan, Russia and China have expressed their views again. They have explained their position despite being with the proposal. It is important for us to observe their attitude in this regard. We can claim that their previous position has changed a bit. Earlier, when such a proposal was raised in the Third committee of the UN, whatever their position, this time they did not oppose it; Apparently a little positive. But the question is – what is the real attitude of the displaced Rohingyas towards the place they want to go, the environment in Rakhine?

The statement of the European Union is significant. They said the unanimous resolution would play an important role in protecting the rights of other minorities. In the adopted resolution, Myanmar has been informed about many issues. There is no room for complacency in the UN Third Committee. The General Assembly did not reflect the effectiveness of such a proposal. The question may arise, the proposal of the past was not as unanimous as this time. That is not unreasonable. But we see that many of the people who are committed to us in resolving the Rohingya crisis have not acted on their word. The UN General Assembly has already passed resolutions in this regard in the UN Third Committee. But Myanmar did not follow the prescribed path. The Third Committee deals with such proposals. It will now go to the General Assembly again.

If the resolution is passed in the General Assembly session, then the Security Council should also pass it – that is the goal now. Since the proposal has been unanimously adopted by the Third Committee, there will not be any undesirable situation in the General Assembly session. But if Myanmar’s attitude is not positive, it will remain an obstacle to resolving the crisis. First, Myanmar needs to create a conducive environment for the displaced Rohingya to return. Second, multifaceted pressure on them is essential. The way to create it has become a little easier. Various branches of the United Nations have also made proposals in this regard. But Myanmar is not moving. At present, the military government is directly in power there. Earlier they were indirect helpers.

In the last few months, we have not seen any activity of the present government in this regard, which is different from the previous government.

This relief is not enough to resolve the current crisis. A major solution could be found through the UN Security Council. The consensus of the permanent members of the Security Council is crucial. The USA and the UK are with Bangladesh in this matter. China, Russia, Japan and France need to take a clear stand on resolving the Rohingya crisis. But for this, we need more vigorous and far-sighted diplomatic activities in the context of new realities. We cannot say that the position of China and Russia is in Bangladesh’s favour. The desired outcome cannot be expected until others as powerful as them pass a resolution in the UN Security Council unanimously.

If that happens, the pressure on Myanmar will be severe and Myanmar will be forced to change its position. This requires the sincere initiative of many parties. China, Japan, Russia -Bangladesh needs to strengthen its diplomatic relations with these countries. Its economic relations with these countries are deep. They are all its development partners. Several mega projects are being implemented in the country with their financial support. If we can convince them that this is putting pressure on Myanmar, then hopefully the way to resolve the crisis will be smooth. Because Myanmar also has economic relations with them. It is difficult to say how far Bangladesh has come in such a strong position.

Now we need to work on a new framework for diplomacy to make all international alliances and organizations more active. There is an opportunity to do more in our existing relationship with Japan. With the economic relations that we have with China, Japan, Russia, it cannot be said that we have succeeded in managing the politically desired level. The constant goal of Bangladesh should be to make the diplomatic process stronger and stronger. In this case, Bangladesh has to work more bilaterally. This goal must be multilateral. If the positive position of the member states in the Security Council can be confirmed, then this will be a source of great hope for Bangladesh to change its position. Bangladesh must continue to make every effort to strengthen our relationship with all our friends and development partners.

Now the regional powers like China, Russia, and India have to take the strategy to work for Bangladesh in Rohingya repatriation. In addition, the Security Council must make strong diplomatic efforts to reach a unanimous decision. The diplomatic process needs to be strengthened. No resolution can be brought in a hurry. Bangladesh must move forward only after talking to everyone

Many countries have abstained or voted against such a proposal in the past. But this time around, the exceptional incident will send a fresh message to Myanmar that its chances of remaining steadfast in resolving the Rohingya crisis are diminishing. The international community is now more positive than ever. There are many motives on the part of Myanmar to prolong this issue. They may think that if the issue is prolonged, the attention of the international community will be reduced. But this time the incident has left a mark on their thinking. But Bangladesh should not seek relief here. Even if it stops. It has to work hard to increase the pressure on Myanmar as much as possible to resolve this crisis. Hopefully the fruits of Bangladesh’s continued efforts will be seen in the Security Council as well.

Originally, after the call of Prime Minister Sheikh Hasina to the UN General Assembly, the solution to the Rohingya crisis, which had lost its importance in the international arena, came up for discussion again. And then the General Assembly unanimously passed the resolution. But skepticism remains about how much pressure Myanmar has put on the proposal. Because effective action cannot be taken on any issue with the resolution passed in the general assembly. This requires a unanimous resolution in the Security Council. Unfortunately, no action has been taken so far as China and Russia have sided with Myanmar. But since the two countries have not opposed each other in the General Assembly, they may reconsider their position on the Security Council.

This time, the question may come, why the expected success has not come so far? This is because while the UN and human rights organizations have been vocal about the genocide against the Rohingya, international donors and important countries around the world, who could have played a big role in the Rohingya issue, have not cooperated as much as expected.

In particular, the role of China as a referee in solving the Rohingya problem has always disappointed Bangladesh. From the beginning, the country has worked for a bilateral solution rather than presenting the issue in international forums. It has repeatedly vetoed the Security Council, openly opposing it. On the other hand, Myanmar has suspended the repatriation process on various pretexts only after receiving their exposure. At this stage, it has made a deal with pressure and has also done repatriation drama from behind.

In addition, although the UN has spoken out against Rohingya persecution, the Security Council has not been able to take any action due to the role of China and Russia. Although the International Criminal Tribunal for the former Yugoslavia (ICTY) has agreed to a hearing on the Rohingya persecution in response to Gambia’s appeal, Chinese President Xi Jinping has visited Myanmar, giving the international community a thumbs up to encourage it to issue an interim injunction in The Hague.

On the other hand, India, along with China, has recently entered into a competition. As a result, Bangladesh has never sided with a friendly country like China on the Rohingya issue. Meanwhile, China has also increased its dependence on Myanmar due to new geopolitical calculations surrounding the Bay of Bengal. Myanmar is considered to be the most important link of China’s BRI project in return, China gave Myanmar what it wanted.

That being said, this gateway could become the lifeline of the Chinese economy. Through it, China will balance economic and military power in Southeast Asia and the Bay of Bengal. Because of these considerations, Myanmar may have thought that prolonging the repatriation process would reduce the international community’s attention to the Rohingya crisis.

Although China has licensed Myanmar, like North Korea, to do whatever it pleases in the interests of its geopolitics, Myanmar has gradually forged alliances with the West. China and Russia understand this cunning of Myanmar. Probably the result of Bangladesh’s strong diplomatic efforts is not to oppose China in the UN General Assembly. In the case of Myanmar, Bangladesh has not opposed China or Russia because of this policy. However, it should not be satisfied with this. The move by China and Russia will only be considered positive if the two countries maintain the same position in the Security Council.

Now the regional powers like China, Russia, and India have to take the strategy to work for Bangladesh in Rohingya repatriation. In addition, the Security Council must make strong diplomatic efforts to reach a unanimous decision. The diplomatic process needs to be strengthened. No resolution can be brought in a hurry. Bangladesh must move forward only after talking to everyone.