The other great national pastime

On morally judging others 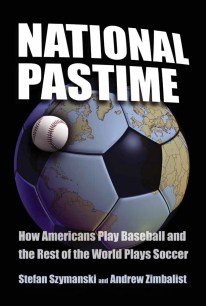 One of the more unfortunate traits of human beings is the satisfaction they get when they think they are richer, more influential, or better looking than others in their social circle. Barring those rare specimens with a sound philosophy of life and exemplary mental hygiene, this weakness gets the better of everybody.

There are those who, when they realize that no stretch of the imagination will allow them to conclude that they are more successful than others, consciously or subconsciously develop ingenious theories to explain the strange situation. The delusion of choice invariably centres around their own undisputed moral superiority over their real or imagined rivals. For example, when a woman cannot account for the inexplicable lack of her own success and the even more unfathomable (real or perceived) success of another woman, she feels an irresistible urge to put it down to the latter’s morals, or lack thereof. Of course, a lax morality, no matter how profitable, is something she herself is quite incapable of. Few fruits are as soothing to the ego as sour grapes, especially when served with a liberal garnishing of sanctimony.

Interestingly, those who are the most critical of others are offended the most when it is brought to their notice that other people take a similarly unfavourable view of their lives. But if you happen to suggest that the only sensible way out of the mess is for everybody to start minding her own business and stop judging others, they are apt to be very reluctant to concur. What fun would life be shorn of its principal joy! Although they do not express it in so many words, the gist of their response is that there are sound judgments (their own) and those that are anything but (those of others). At that moment you could be excused for thinking that you are engaged in conversation with the needle of the moral compass itself.

What is usually skipped in most moral debates is the crucial matter of authority. Even if a woman is justifiably convinced of something, that hardly gives her the right to poke her nose in other women’s affairs. Consider a typical conversation: a woman declares another woman’s choice of attire to be indecent. To which you politely suggest that so long as no law is being broken, how a woman dresses is hardly anybody else’s business except her parents and husband. You are then accused of defending indecency. She probably knows it as well as you do that being anti-judging and being pro-indecency are two distinct things, but the opportunity of making the accusation is too tempting to let go.

Interestingly, those who are the most critical of others are offended the most when it is brought to their notice that other people take a similarly unfavourable view of their lives. But if you happen to suggest that the only sensible way out of the mess is for everybody to start minding her own business and stop judging others, they are apt to be very reluctant to concur.

When a woman declares that the conduct of another woman is not quite up to the mark, nine times out of ten what is really bothering her is the lack of courage on her own part to behave similarly. She would love to be like the object of her criticism but finds herself unable to because of her peculiar social constraints or mental hang-ups. Because she cannot do something, she decides that anybody else who does it must surely be evil. She renders this verdict considering herself the absolute benchmark of appropriate behaviour. The quick progression from sour grapes to evil grapes is only logical.

It is possible, of course, that she genuinely believes that conducting herself in a certain manner is for a woman’s own good. But if her concern is a sympathetic one, she would hardly take offence when somebody is unwilling to see eye to eye with her on the issue. Deriving pleasure from the act of denouncing others and becoming resentful when the censure fails to ‘reform’ the other party are tell-tale signs of her motives not being as philanthropic as she lets on. Sincere interest in somebody else’s welfare is the last thing a person with an overblown ego is motivated by.

Negative emotions rarely produce anything good. What is usually at play here is the desire to make others as miserable as the moral judge herself, who is stuck with a particular lifestyle not because she is convinced that it is the best one but because of constraints out of her control. It frustrates her no end to think that there are women who can do things she so desperately wants to do herself but is unable to. Her moral outrage is merely a façade for a bad case of inferiority complex. Behind her purported concern for society lurks the good old holier-than-thou self-righteousness.

It is worth pointing out that these compulsive moral judges are not evil. If anything, they are pathetic, for anybody remotely happy and satisfied with life would hardly waste every waking hour of her life finding fault with others on petty issues. Moreover, unless it is one of those black or white questions, opinions on any given issue span a wide spectrum with nobody to decide the matter one way or the other. Each one of us would love to be appointed the final arbiter, but this solution is an obvious non-starter in the current milieu of democracy. One could whine about others’ moral shortcomings till kingdom come, but it would be useless and silly because one can only correct one’s own attitude and course of action, not anybody else’s. It is very easy to forget that morality is for improving one’s own self, not for hitting others over their heads with.

Since time immemorial, delusions have provided temporary relief from many a self-inflicted misery. Like alcohol however, there is the inevitable hangover to contend with. And in the long run, like all drugs (alcohol included) they make matters worse because one accustomed to seeking solace in them tends to demand them in ever increasing doses. Life is best lived without crutches of any kind. Those camouflaged in delusions of moral superiority are the toughest to avoid because they are the hardest to recognize for what they are.

*By way of his contribution to the crusade against sexism in writing, the author has consciously avoided using masculine nouns and pronouns (‘man’, ‘he’, ‘him’ and ‘his’) in this article.