The government did not let the pandemic stop it 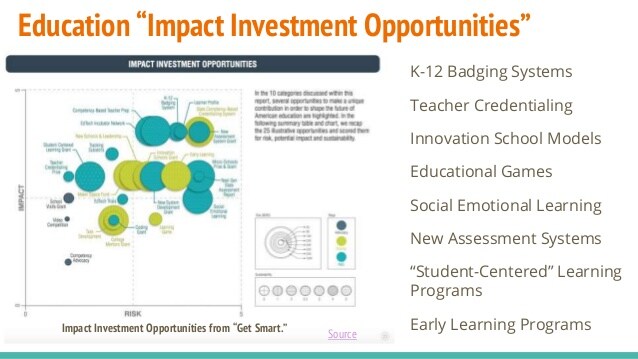 The incumbent federal government quite obviously is fully cognizant of the national education crisis, as over 22.84 million children were still out of schools and as much as 41 percent of fifth grade students unable even to read simple stories in basic languages.

According to the Pakistan Social and Living Standards Measurement Survey (PSLM) 2018-19, the literacy rate in the country was stagnant at around 60 percent with the urban literacy rate at 74 percent and rural literacy rate at 51 per cent. Literacy in Punjab province is slightly higher at 64 percent as compared to Sindh and Khyber Pukhtoonkhwa (including merged districts) at 57 percent and 55 percent respectively while this rate was even lower at 40 percent in Balochistan, area-wise largest and sparsely populated province of the country.

Furthermore, literacy rate for male population was reported to be at 71 percent while that of female literacy rate was substantially lower at 49 per cent. According to figures available from official sources, school attendance across Pakistan was reported to be around 60 percent while Gross Enrolment Rate (GER) at primary level was 87 percent and Net Enrolment (NER) was 66 per cent. Likewise, middle level GER and NER were 63 percent and 38 percent respectively while matric level GER and NER figures were placed at 57 percent and 27 percent respectively. Gender Parity Index (GPI) in literacy was only 0.69 overall while at the primary and secondary levels the figures were 0.92 and 0.89 respectively.

One of the major concerns of the authorities concerned at the federal and provincial levels was how to mitigate the loss of exacerbated learning with over 50 million learners affected due to the COVID-19 pandemic during financial 2020-21. This situation entailed higher risk of increase in out- of- school children, widening of gender disparities and flaring learning poverty.

The Ministry of Federal Education and Professional Training which had taken a lead on several initiatives for improving education quality and access as well as for mitigating the education losses during the COVID-19 pandemic, was allocated an amount of Rs Rs 4.7 billion. The Ministry has also undertaken the ASPIRE programme initiative for effectively countering the education inequities at inter-provincial and inter-district levels for lagging areas all over Pakistan.

Concerted efforts as such were direly needed to focus on reducing the huge number of   out-of-school children (22.8 million, exacerbated to 50 million due to COVD-19). Provincial governments are required to make concerted serious efforts to strengthen modules for training for training of both teachers and education managers to deal with similar challenges in the future. Improving gender parity and literacy rate were obviously the areas of special focus   in the education sector.

As for the measures being taken at the federal level for improving the overall education sector in the country, as many as 23 projects were included in the Public Sector Development Programme (PSDP) 2020-21, including 20 ongoing projects and 3 new projects which were initiated by the Ministry of Federal Education and Professional Training. These projects aimed at introducing a uniform curriculum, capacity building of teachers and principals, recruitment of  teachers, establishment, renovation and up-gradation of schools and colleges,  improving gender disparity, education voucher scheme,  improving educational assessment system and Knowledge Economy  Initiative.

As for the measures being initiated or planned by the federal and provincial governments under PSDP 2021-22 are concerned, the federal government was attaching due priority to the strengthening of the basic and college education system. Towards this end, 24 development projects including 20 ongoing projects for Basic and College Education with an allocation of Rs 4873.74 million were listed in the PSDP for the ongoing financial year.

Under PSDP 2021-22, the Ministry of Federal Education and Professional Training which had taken a lead on several initiatives for improving education quality and access as well as for mitigating the education losses during the COVID-19 pandemic, was allocated an amount of Rs Rs 4.7 billion. The Ministry has also undertaken the ASPIRE programme initiative for effectively countering the education inequities at inter-provincial and inter-district levels for lagging areas all over Pakistan. A substantial amount of Rs 4 billion was in the process of being disbursed to reduce imbalances in education quality and access.

Two major programmes, namely Response Recovery and Resilience Project and Pandemic Response Effectiveness in Pakistan, have also been launched for addressing disparities, disruption in education continuity and learning losses due to continued prevalence of the pandemic. Interactive and digital content for tech-based media was also in the process of being created, updated, contextualized and disseminated through television, radio and prevalent education technology platforms. Similarly, other programmes included provision of basic education missing facilities, establishment or upgradation of boy’s and girls’ schools and colleges, knowledge economy initiatives, teachers training institutes and such like.

The National Curriculum Council Secretariat has also been set up for ensuring effective coordination among federating units in development and reviewing of the Single National Curriculum from Grade pre-1 to XII, Teachers Training Modules, Standards for Quality Education and National Curriculum Framework. Updating the national curriculum by adopting new knowledge relevant to the needs of the 21st century and focusing upon creative and critical thinking, instead of rote learning, was also the priority agenda of the incumbent federal government.

From its creation Pakistan remained predominantly an agricultural country and for five decades 1947-1997, it registered an average growth rate higher than the world’s...
Read more
Comment

It is gratifying to note that Bangladesh and India both resolved to work more closely together for further collaboration in the areas of common...
Read more
Comment

A Letter from Prometheus Independent journalism and democracy in Pakistan have always been in survival mode because both are interlinked and both contest the writ...
Read more
Letters

It will be very beneficent if teenagers are allowed to have their licence at the age of 16. The first reason for this is...
Read more
Letters

Water pollution is one of the major threats to public health in Pakistan. Drinking water quality is poorly managed and monitored. Pakistan ranks at...
Read more