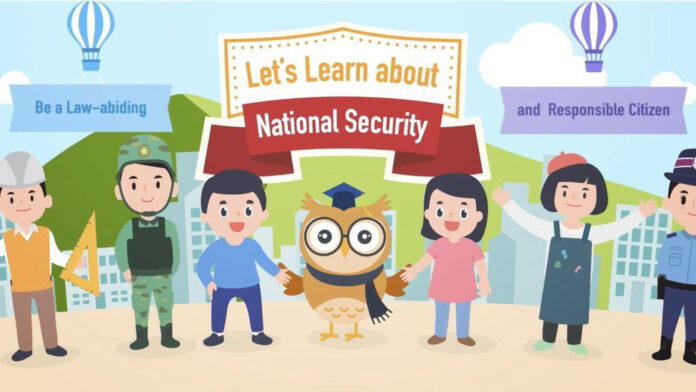 Pakistani children are growing up in a world where economies, governments, and people are increasingly intertwined in a single global network. In just a little over two decades, globalization and the rapid advancement in technology have entirely redefined academic and professional success and a new set of expectations now govern a country to stay relevant and competitive in the global arena. The failure to keep pace with the new-age dynamics has significant strategic repercussions for a country to both remain relevant on the world stage and protect its frontiers.

The integral importance of education to a country’s national security has been pleaded with great eloquence by scores of scholars over the last 20 years. Taking stock of this scholarly evidence, many governments around the world have already equipped an entire generation of their students with the necessary knowledge and training to participate and dominate the professional fields that define the 21st century.

And so, not very surprisingly, Pakistan’s seven decades’ worth of failure to prioritize its human capital has left the country vulnerable on multiple national security fronts. Chief among these are economic growth and global competitiveness, physical safety, global awareness, and as the last 15 years have sufficiently illustrated– unity and cohesion. With the country still struggling to curtail the colossal figure of 22.8 million out-of-school children– the second largest in the world– too many young Pakistanis are neither qualified to serve in the country’s civil and military services, nor do they have the necessary skills to compete in a high-stake global economy.

However, despite being perched in a rather unfriendly neighbourhood and battling the many threats to its sovereignty and integrity, education in Pakistan continues to be treated as an afterthought.

Pakistan invests far less in K-12 public education compared to most other regional countries. A comparison of Pakistan’s public spending on education against other South Asian countries documented in, “Bringing All the Girls to School: A Case for More Investment,” revealed that in 2017 Pakistan allocated 2.9 percent of its GDP to education. This was far below Bhutan’s 6.6 percent, Nepal’s 5.2 percent, India’s 3.8 percent, and even Afghanistan’s 4.1 percent!

While this lack of investment causes a serious barrier to accessing education for millions of Pakistani children, most of those who do find their way into the classroom are also unfortunately ill-prepared to compete with their global peers. As per the results of the Trends in International Mathematics and Science Study(TIMSS) published in 2020, Pakistani Grade 4 students ranked second to last in maths and science. Only 27 percent of Pakistani children met the low international benchmark (i.e., basic addition, subtraction, multiplication, and division), and just 21 percent were able to meet the low international benchmark in science.

Though the last decade saw some promising reforms, on the whole, the effort has been ill-disciplined, inconsistent, and disorganized. As highlighted in a recent white paper, “Public Investment in Education: An Appraisal of SDG-4 in Pakistan,” Pakistan requires a rapid response underscored by strong coordination between the federating units to ensure simultaneous, countrywide implementation of a nationally owned plan of action to uplift the country’s dreary education indicators. Much greater public investment in education lies at the heart of achieving desirable results.

Past neglect in building its human capital has already compromised Pakistan’s ability to sufficiently protect itself against internal and external threats, conduct diplomacy, and grow its economy .With the region battling yet another wave of uncertainty, the state must no longer dismiss calls for greater funding in education as tirades from a naïve group of idealists, but must finally give education the importance that a matter of national security demands.