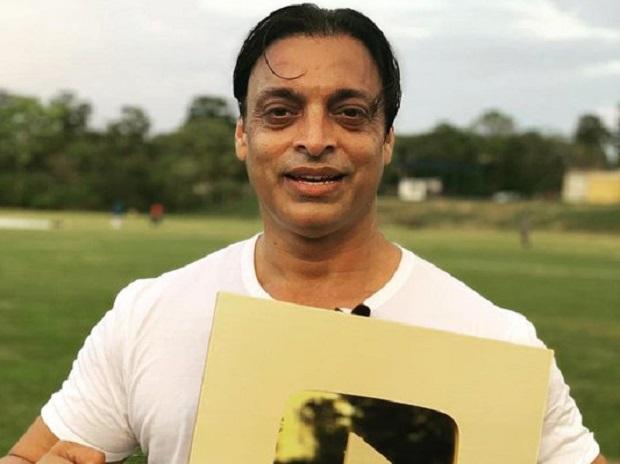 PTV has withdrawn its recovery claim from the civil court of Lahore registered against former cricketer Shoaib Akhtar.

As per the details, Akhtar had a heated argument with PTV Sports anchor Dr Nauman Niaz during live transmission amidst the ICC Men’s T20 World Cup series, where the latter had misbehaved with the Rawalpindi express.

Soon after the incident, Akhtar resigned from the channel during the live show. While the public supported the national star, PTV had sent him a compensation notice asking him to pay Rs100 million in damages and reimburse three months’ salary worth Rs3,333,000 for violating clauses of their contract.

However, a recent development in the case suggests that after meeting at the residence of Minister for Information and Broadcasting Fawad Chaudhry, the matter had come to a resolution between both Akhtar and Niaz,

The lawyers of PTV have confirmed that reconciliation has been reached with Akhtar.

Delving into the details of the incident, it should be recalled that in October, Akhtar and Niaz were embroiled in a spat during the PTV Sports show, where the two were discussing Pakistan’s victory over New Zealand when tensions between Niaz, the host of the show, and Shoaib Akhtar, one of the many decorated panellists on the show, escalated.

“You’re being a little rude and I don’t want to say this: but if you’re being over smart, you can go. I am saying this on-air,” Niaz told a dumbstruck Shoaib, cutting him short and moving to the next guest for their comment.

It wasn’t clear what rubbed Niaz the wrong way, and it seemed Shoaib himself was caught off guard.

As tensions rose, the show went off-air for a commercial break. After it resumed, the discussion revolved around cricket once again but Shoaib Akhtar was visibly disturbed.

A few moments later, he unclipped his mic and walked off the show, announcing his resignation during the live transmission.

It is pertinent to note that earlier this month, a meeting was arranged between Akhtar and Dr Niaz at the residence of Fawad Chaudhry during which differences between the two sides were settled.

Apologising to Akhtar, Dr Niaz had admitted that what had transpired on the live show should not have occurred. He had said that their 30-year-old friendship should not end.

As per the sources, anchor and political analyst Saleem Safi had taken Akhtar to Chaudhry’s home, whereas Dr Niaz had been called over to the residence by the information minister himself.