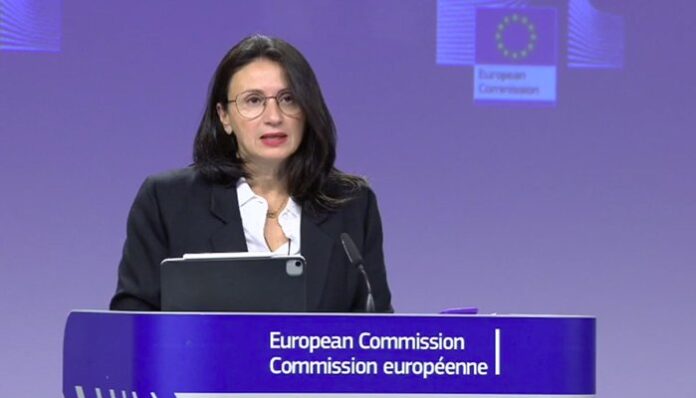 The European Union has said all allegations of human rights violations will be investigated — including the arrest of Kashmiri human rights activist Khurram Parvez — wherever they are committed, in line with international human rights commitments.

India’s top anti-terrorism investigation agency on Monday arrested Parvez from Indian-occupied Jammu and Kashmir during a raid at his home and office.

In a press conference, Nabila Massrali, the EU’s spokesperson on foreign affairs, said: “We have received reports on the arrest of human rights activist Khurram Parvez and seen the worrying comments by Mary Lawlor, the UN Special Rapporteur on Human Rights Defenders.”

Massrali said the EU follows the developments in Jammu and Kashmir closely and noted that it is essential that individual rights are fully respected.

“The EU’s consistent position worldwide is that all allegations of human rights violations be investigated […] freedom of expression — online and offline — is a key value for all democracies,” she said.

Massrali said the EU holds regular consultations with its Indian counterparts, including through the EU-India Human Rights Dialogue, which resumed in April.

An arrest warrant seen by AFP shows that Parvez was arrested under various sections of the Unlawful Activities Prevention Act (UAPA).

At least 2,300 people have been arrested under the UAPA — a vaguely worded law that effectively allows people to be held without trial indefinitely — in the Indian-controlled territory since 2019 when New Delhi cancelled the region’s partial autonomy and brought it under direct rule.

Almost half of them are still in prison, and convictions under the law are very rare.

UN’s Mary Lawlor, taking to Twitter, said: “I’m hearing disturbing reports that Khurram Parvez was arrested today in Kashmir & is at risk of being charged by authorities in India with terrorism-related crimes.”

“He’s not a terrorist, he’s a human rights defender,” she added.

Parvez, one of Kashmir’s best-known activists, is head of Jammu Kashmir Coalition of Civil Society, a group of rights organisations working in the region.

He was arrested and detained on similar charges in 2016, after being prevented from boarding a flight to attend a UN human rights forum in Geneva.

He was eventually released without being convicted of any crime.