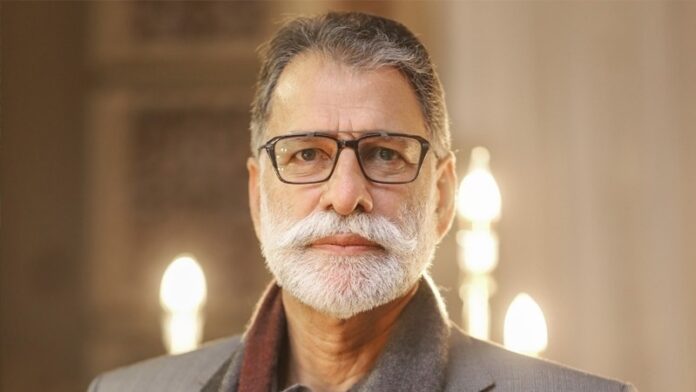 MUZAFFARABAD: Azad Jammu and Kashmir Prime Minister Abdul Qayyum Niazi Monday said overseas residents of the mountainous region would be granted their long-due right to vote in the light of the recent legislation by the Pakistan Tehreek-i-Insaf (PTI) government.

He added the government has achieved historic success by passing a record 33 laws in a single session in the recent joint session of Parliament.

Talking to the Associated Press of Pakistan (APP), Niazi said: “By the grace of Allah, the PTI government in the Centre will not only complete five years, but the people of Pakistan will also repose their confidence in it by handing it a mandate for the next five years as well.”

“Opposition stands completely exposed today and its efforts aimed at destabilizing the country have miserably failed,” the prime minister said.

Hailing Prime Minister Imran Khan’s political acumen, Niazi expressed the optimism that the federal government would not only complete its 5-year constitutional term but also win the next elections.

Terming Pakistan nationals living abroad a great asset for the party, he said their role in materialising the dream of Naya Pakistan has been highly commendable.

Overseas Kashmiris, he said, were the ambassadors of the Kashmiris’ freedom movement and identity of Azad Kashmir.

“Insha’Allah, overseas Kashmiris will also play a pro-active role in the creation of new Azad Jammu and Kashmir”, the prime minister said, adding that about one million citizens of the Kashmir region live in Europe whereas about half a million live or work in the Middle East, North America and Canada.

Referring to the ex-pat community’s contribution to Kashmir’s economy, Niazi said: “A large part of the population of Azad Jammu and Kashmir is dependent on their remittances.”

The diaspora, he said, has so far played a significant role in the economic and social development of Kashmir.

Kashmir chapter of PTI, he said, had also promised in its election manifesto that it would give the right to vote to overseas Kashmiris. “The journey of fulfilment of the promise will begin soon.”

“The bill will also be introduced in the Legislative Assembly of Azad Jammu and Kashmir after the decision of the Parliament,” he said.