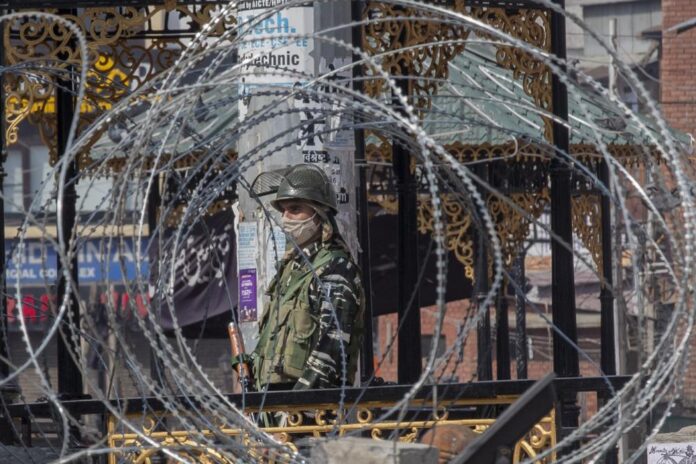 The special envoy of the Organization of Islamic Cooperation (OIC) on Jammu and Kashmir Yousef Aldobeay Sunday said OIC would continue to support Kashmiris’ right to self-determination.

He was speaking during a meeting here with the representatives of All Parties Hurriyat Conference (APHC) in Pakistan.

He assured the delegation of Kashmiri leaders that OIC would continue extending support for the Kashmir cause.

The Kashmir issue was similar to the Palestine issue as the human rights of the people of Kashmir and Palestine were being violated and they were facing the threat of demographic changes.

He said OIC had longstanding support for the right of self-determination of the people of Jammu and Kashmir in accordance with UN Security Council resolutions.

The foreign ministers of OIC Contact Group on Jammu and Kashmir extended the support to Kashmiris in a joint communique during a meeting on the sidelines of the 76th session of the UN General Assembly in New York in September this year.

The envoy said after his visit to Azad Jammu and Kashmir he would prepare and present a report during the next ministerial meeting of the OIC, on the situation in the region.

In the coming days, the OIC envoy will get a first-hand account of the gravity of the situation on the ground in the Indian Illegally Occupied Jammu and Kashmir and along the Line of Control.

This was the second visit of the special envoy to Pakistan and Azad Jammu and Kashmir.
Yousef Aldobeay said his first visit to Azad Kashmir last year was beneficial as during it he had the opportunity to meet the Kashmiri leadership.

The APHC delegation thanked the special envoy for the OIC’s steadfast support to the people of Indian Occupied Jammu and Kashmir.

The delegation apprised the special envoy of the grave human rights and humanitarian situation in the IIOJK. They stressed that following its illegal actions of 5 August 2019, India was now taking steps to disenfranchise the Kashmiri people and to turn the IIOJK into a Hindu dominated territory.

The delegation unequivocally rejected these actions and termed them as gross violation of UN Security Council resolutions and international law including the 4th Geneva convention.

The Kashmiri delegation affirmed that no amount of suppression by the Indian occupation forces can subdue the resolute spirit of the Kashmiri people to free themselves from the yolk of Indian occupation. They underscored that the valiant Kashmiri struggle will soon be crowned with the glory of success.