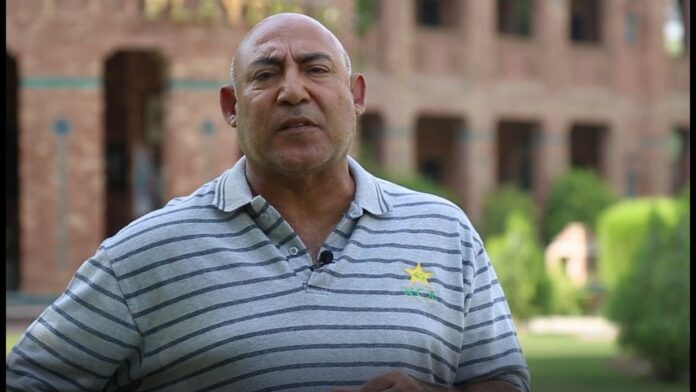 ISLAMABAD: Former all-rounder Mudassar Nazar insists Pakistan will once again be the kings of Asian cricket despite India’s rise as world-beaters on the back of the riches of the Indian Premier League (IPL).

Pakistan were kings of the sub-continent from the mid-1980s to the 1990s with their on-field brilliance under Imran Khan, who led them to the 1992 World Cup, before India turned the tables.

“I don’t think Pakistan has changed. It is India who have changed,” Nazar told AFP ahead of the eagerly-awaited India-Pakistan clash at the Twenty20 World Cup in Dubai on Sunday.

“With the advent of the IPL, they have used the money really, really well. If you look at the domestic competition in India, look at all the associations, how well they are organising their cricket.”

He added: “Everybody has got their own stadium, their own academies, school cricket, state cricket. Cricket is thriving in India.

“But the people who have been consistently doing well have been England and Australia […] India is in the forefront and among the three best sides in the world.”

Starting in 2008, a year after the inaugural T20 World Cup, the IPL ushered in a new era of white-ball cricket that witnessed the game break new ground in viewership and fan base.

The IPL emerged as the world’s richest T20 league with its brand value estimated at $6.7 billion in 2019 by the Duff and Phelps financial consultancy.

At the same time, Pakistan was becoming a no-go zone for international cricket following the 2009 terrorist attack on the visiting Sri Lanka team.

“The BCCI has been very clever in how they used the IPL money. Indian cricket was powerful before that but since then it has seen a lot of consistency,” said Nazar.

“They have got all the areas covered. You talk about fast bowling, you talk about spinners, fielding, the physical side, it’s a powerhouse. They seem to be getting top-class batsmen every season. At the moment they are looking very formidable.”

But Nazar remains hopeful that the Pakistan Super League (PSL) — the nation’s premier T20 tournament — and new management will revive the game.

“It is also a matter of cycles. One decade we could be better than the rest of the world and then somebody else catches up,” said Nazar, who played 76 Tests between 1976 and 1989 with a batting average of over 38.

“Things have started to improve with the PSL, but it will take time. It took time for India to revive.”

“There is no club cricket and there is hardly any state cricket, so that’s a stumbling block. But now with the new management coming in, Ramiz is a former cricketer and I think he will shape things better, put us on the right path and in the next couple of years probably we will be as strong as we used to be.”

Pakistan once had a far better head-to-head record against India who played catch up with their arch-rivals from 2000 onwards.

Nazar, who had been part of that strong Pakistan set-up, said the national team will someday turn a corner and notch up their first win against India in a World Cup.

“When we were playing, we always had the edge and towards the end of my career we won more games against India than we lost,” said the 65-year-old Nazar.