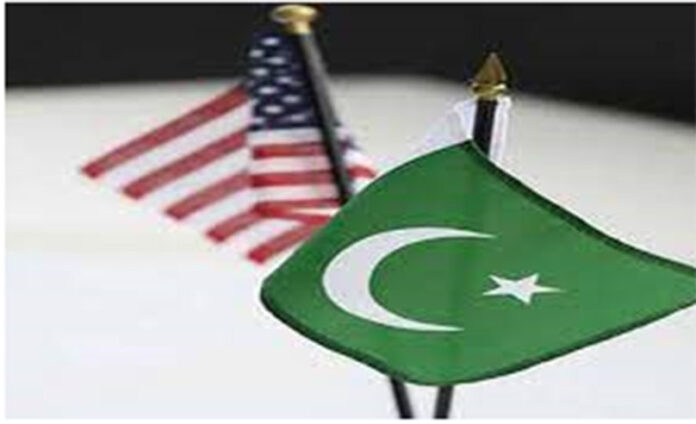 Relations between Pakistan and the United States have always been volatile and Pakistan has not been able to please the United States by becoming an ally against the will of the people in the region. Pakistan sacrificed more than 70,000 lives in the Afghan war, while it is impossible to estimate the fiscal deficit yet, the United States not only demanded to ‘do more’ but also tried to put its weaknesses in Pakistan’s account and is still doing so. The United States has always expected its own will from Pakistan, while never taking any practical steps to win Pakistan’s confidence.

This is not the first time that the United States has done this to Pakistan. The United States has done the same to Pakistan before, although in principle it should not be the case. But we have to keep in mind that we don’t live in an ideal world. We have to consider the other side of the picture and other possibilities. Our emotional attitude shows that we don’t consider the other side of possibility. That’s why when someone changes their attitude towards us, this situation causes psychological stress for us. We have to formulate a plan of action keeping in view the facts instead of psychological pressure if the United States has made it clear that it is not thinking for a broad-based relationship with Pakistan and the central point of the relationship will be the situation in Afghanistan, so we should also be limited to Afghanistan, the US Secretary of State has not made clear during his visit what the US wants to do in Afghanistan, only it seems that no country, including Pakistan, will recognize the Taliban government as long as other countries in the world do not recognize them.

As Afghanistan’s neighbor, Pakistan itself is an inflicted party to the changing situation in the region. Nevertheless, the views expressed by the US Deputy Secretary of State regarding Pakistan are worrisome.

Its apparent purpose is to increase pressure on the Taliban to fulfill its commitment, but steps are being taken to implausibly thwart the Taliban government. The purpose of establishing an interim government in Afghanistan was to facilitate dealings with the world until a permanent government is established but no significant progress has been made in the last month and a half in which Western countries have made any effort to coordinate with the Taliban. In this vacuum, the crisis of necessities of life in Afghanistan is intensifying, no one is paying attention to it, nor is anyone seeing the growing threats of ISIS. The problems that the US approach to Afghanistan’s interim government has created for Afghanistan and the region cannot be ignored.

As Afghanistan’s neighbor, Pakistan itself is an inflicted party to the changing situation in the region. Nevertheless, the views expressed by the US Deputy Secretary of State regarding Pakistan are worrisome. When the US does not want to have relations with Pakistan like India. So Pakistan should not show warmth either. Pakistan has to take into account the attitude of the United States in formulating its foreign policy. The US has formed an alliance against China called Quad, in which India along with Japan and Australia involved, while Pakistan is China’s closest friend in the region. Thus, the prospect for a resumption of Pak-US relations is nothing short of imaginary.