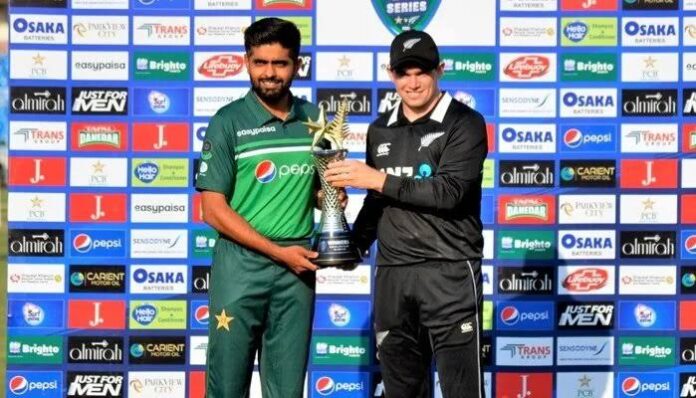 KARACHI: The New Zealand Cricket (NZC) has confirmed that they are having a discussion with the Pakistan Cricket Board (PCB) to reschedule the ODI, T20 series.

“New Zealand Cricket is back in discussions about reigniting their postponed tour to Pakistan,” says a report in NZ Herald.

The NZC has confirmed that talks are under way between chief executive David White and his counterpart at the PCB. However the report said that both sides are open to the possibility of the Black Caps returning before the end of the current future tours programme cycle in 2023.

It is pertinent to note that a day earlier, PCB Chairman, Ramiz Raja had revealed that the NZC has contacted them regarding the rescheduling of the home series against Pakistan and “good news will be announced within a week”.

Speaking before the Senate Standing Committee on Interprovincial Coordination on different aspects and future goals set up for Pakistan cricket, Raja had said: “The PCB may put forward its terms before the NZC by choosing the month of November in 2022 for the rescheduling of the recently postponed series.”

It merits mention that last month, the New Zealand cricket team backed out of the much-awaited Pakistan tour, citing a “security alert” from their government.

PM Imran Khan himself intervened and spoke to the PM of New Zealand to inform her that we Pakistan has one of the best intelligence systems in the world and that no security threat of any kind exists for the visiting team,” the PCB had said.

The PCB had said the security officials with the New Zealand team have been satisfied with security arrangements made by the Pakistan government throughout their stay here.

NZC Chief Executive David White on the matter said that “I understand this will be a blow for the PCB, who have been wonderful hosts, but player safety is paramount and we believe this is the only responsible option.”

CANBERRA: Australian midfielder Josh Cavallo said he was overwhelmed by the outpouring of global support after coming out as the only known gay men's...
Read more
Sports

ABU DHABI: England raced to a second successive victory at the Twenty20 World Cup with an eight-wicket drubbing of Bangladesh on Wednesday in the...
Read more
Sports

CANBERRA: Unvaccinated players will not get special dispensation for the Australian Open, the top official in the state holding the Grand Slam said Wednesday,...
Read more
Sports

Shoaib Akhtar walks out of television show after stoush with host

October 28, 2021
LONDON: Here's what you need to know about the coronavirus right now: Singapore looking into unusual surge after record cases Singapore's health ministry said it is...