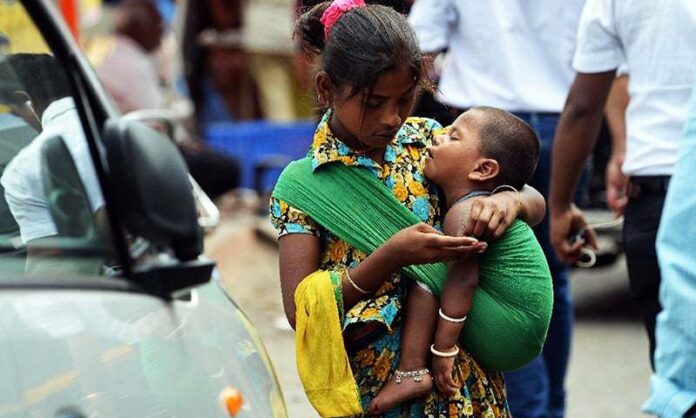 Child begging is widely present in Punjab, including the provincial capital, which is a pressing issue in itself. Chief Minister Punjab Usman Buzdar is striving hard to eradicate it. In this regard, directives have been issued numerous of times, to cleanse Punjab from child begging and child labor.

The Child Protection and Welfare Bureau (CP&WB) is working hard in Punjab to monitor and prevent incidents of child labor, begging and child abuse, cruelty and violence. The bureau claims that the incumbent government is doing a lot of efforts to put child begging and labor to an end.

A bureau official revealed that during the tenure of previous governments, no significant work has been done to eliminate child labor and begging from the society. The official went on to add that the previous government’s primary focus was on promoting their performance through more advertisements and staying in the news but in practicality, no rescue operations have been worked upon, nor did the number of children begging reduce on the streets.

As per the official, in the past two years, the bureau’s focus has been on the eradication of child labor and begging. The official went on to add that the current chairperson Sarah Ahmed is working hard in this regard.

Upon probing about why there is still a large number of child beggars in areas like Mall Road, Shadman Market, Johar Town, Wapda Town and other posh areas of the city, if rescue work is being done in this regard? The official responded to that by stating that there are numerous of reasons behind this. The most common reason is the involvement of mafias forcing underage children to work.

“Actually, our method is very simple to crack down on children who either beg on the roads or chowks or work as laborers. If we talk about Lahore, the Chairperson has designed a new strategy under which our Child Protection Officers and their field teams visit different parts of the city. Each team is assigned specific areas, and in the process, they catch any child on the road who is begging or selling something and bring them to the bureau office. We have our own courts here where these children are kept in the bureau’s shelter homes for 15 days or more as a punishment. After the sentence is completed, the children’s families take them back and instead of learning any lessons from the punishment, they put them back to the work they were sentenced to do,” he said.

The official went on to reveal that pertaining to the child begging issue, the children are not at fault but their families are. However, despite all the obstacles coming our way, the teams of the bureau will continue rescue operations, he added.

“Meanwhile, the child who was begging in Johar Town Chowk starts begging in Wapda Town or some other place instead of begging in this Chowk again, but he does not stop. There is a need to change the law so that legal action is taken against the children as well as the parents who make the children do such heinous deeds. In this regard, we also need the cooperation of the police department and other departments for which the chairperson and senior police officers have had most of the meetings and they are cooperating with us,” he said.

As per the official, the second pressing issue is of child abuse and violence, for which a zero tolerance policy has been adopted by the current Chairperson.

“Just a couple of days ago, there was a tragic incident in Thokar Niaz Beg in which a stepmother was torturing an innocent child by tying him with ropes. However, as soon as the video of the incident went viral, the bureau took the child into its custody. The child was taken to Jinnah Hospital for medical treatment by the chairperson and the chairperson not only transferred the child to the bureau but also registered a case against the accused and arrested her. Similarly, in the case of the rape of a 12-year-old girl in Hanjarwal or in the case of leaving dogs on a young girl in Jahanian, the chairperson will follow up on the accused until they are really punished,” he said.

On the other hand, Chairperson CP&WB revealed that crackdown against child begging is going on while rescue teams of Bureau and Police are conducting rescue operations from 9am to 1pm, on daily basis.

“The number of begging children has come down by 90 per cent due to the anti-begging campaign and people should report begging children to the Child Helpline 1121. We have set up computer labs in Lahore, Faisalabad, Bahawalpur and other districts for children residing in the Bureau where nursing classes have been arranged exclusively for girls. After the nursing training course, female students will be able to secure their financial future through decent employment. Similarly, sewing classes and martial arts classes have also been started for the girls residing in the bureau,” Sarah stated.

“The begging children taken into custody from Lahore include 276 boys and 109 girls. A total of 933 boys and 121 girls were taken into custody in the district offices of the bureau across Punjab. Rescue operations are also being carried out on Saturdays and Sundays on complaints about begging children. Under the anti-begging campaign, rescue operations are being carried out in all the district offices of the Child Protection Bureau, including Lahore. FIRs are also being registered against the parents for forcibly begging from their children,” she concluded.

Shahab Omer
The writer is a member of the staff and can be reached on [email protected]ail.com

October 23, 2021
QUETTA: Counter-terrorism police killed nine militants in a shootout during a raid in Mastung District of Balochistan early Saturday, they said, and two soldiers...