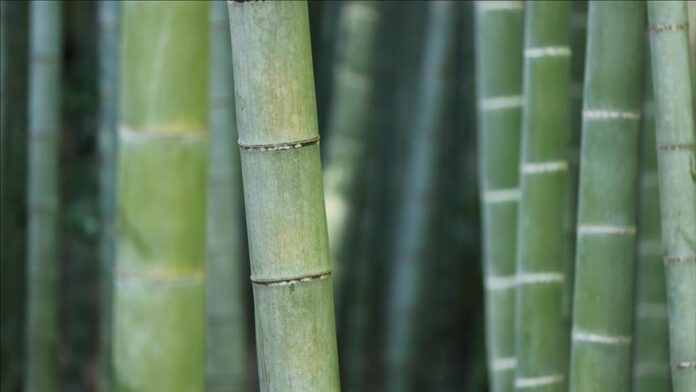 HEADLANDS: Once considered a parasite that feeds on forests, bamboo has become a major source of living for farmers in Zimbabwe.

Coinciding the World Bamboo Day which is being observed on Friday, a woman farmer Mavis Sithole from Mount Selinda, 56, told Anadolu Agency that she along with other women has been earning hundreds of dollars by selling bamboo to indigenous furniture manufactures.

“We have stopped using poles from trees to construct our huts now. We use bamboo which even when cut down, quickly shoots up than other trees which take years to grow back,” she said.

In Manicaland’s Chipinge district, a decade ago six women had come together to form Mount Selinda Women’s Bamboo Association to promote bamboo plantation and entrepreneurship.

According to the International Network of Bamboo and Rattan (INBAR) – an intergovernmental organization –, the bamboo economy in Zimbabwe has grown to $60 billion and has turned into a credible income generator for rural communities.

“Bamboo grass absorbs carbon dioxide and acts as carbon reduction. The woody grass can also be used as firewood and saves other indigenous trees from being used as fuel,” he said.

According to the United Nations Environment Program (UNEP), Zimbabwe had been losing on an average 327,000 hectares (808,034 acres) of forests annually from 1990-2010. He said with the attention now turning to fast-growing bamboo, the country may recover its lost forests.

“Once it starts growing, bamboo remains rooted in the ground helping to secure the soil. The woody grass is unlike forests because when cut, bamboo grows back quickly. The more one cuts it, the more it grows,” said Chikova.

NOTE OF CAUTION FROM ACTIVISTS:

According to Bio-Innovation Zimbabwe – a research organization specializing in underutilized plant species – bamboo is native to this Southern African nation, with the giant grass staying green all year round and its woody, hollow stem growing again rapidly after it is cut down.

“People have fallen in love with the furniture, the chairs and tables I make using bamboo and I have grown my business to dizzy heights, earning more than $1,500 monthly selling furniture made from bamboo,” Pritchard Hove, a carpenter in Harare, told Anadolu Agency.

But the human rights activists like Elvis Mugari have expressed a note of caution, by over-promoting the cultivation of bamboo.

“Let us not be too excited about bamboo because if people will grow this grass in large numbers thinking they will save forests, they may forgo growing crops to feed themselves and will starve now and again,” he said.