The same mixture as before?

The failure to form a government is suspicious 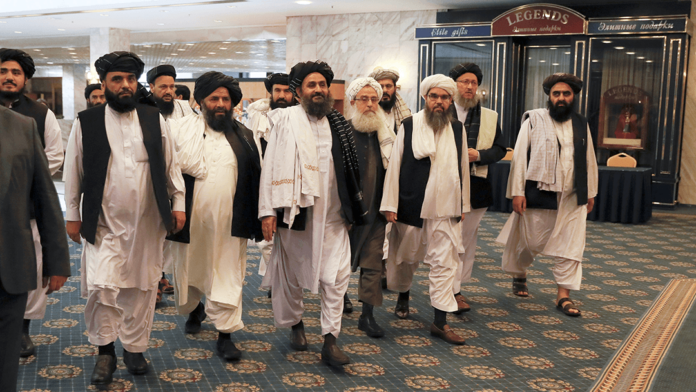 Perhaps nothing illustrates the Taliban’s lack of readiness to assume power, and the swiftness with which they actually did so, than their failure so far to form a government. Their own surprise at winning the war shows the most in this, and indicates that the Taliban’s own intelligence may well have been more in line with American intelligence, in predicting the survival of the Ghani regime for some months, than with the reality of the brisk collapse.

The delay in naming the head of a government has already led to the unusual phenomenon of having head appointed of some, but not all, essential ministries, such as interior, defence and finance. The appointments are supposed to be temporary, which is only right, as the incoming head of government would want to appoint his own nominees to these posts.

However, the situation remains fragile, even more than if a new ruler were to try to consolidate his hold. Nature abhors a vacuum, they say, and the failure to even name the head of government could lead to future problems.

The delay itself shows not only that there was not enough time for a decision, but there is some great dispute going on. The two main contenders are Haibatullah Akhundzada and Mullah Abdul Ghani Baradar, and they seem to summarize the conflict of forming governments in party-based systems.

It must be made clear that the Taliban’s Emirate is party-based, though not democratic. As in 1996, so in 2021: the Taliban have not won an election. In 1996, they beat off warlords and militia commanders; in 2021 it was the USA as well as the Afghan National Army. On neither occasion did they even bother with a fig leaf of constitutionalism. Indeed, in 1996, there was no constitution. This time, there is a constitution placed, but there have been only two gestures towards it. First, incumbent Ashraf Ghani has not resigned, thus retaining experience, though some sort of lien on the office. Second, one of his vice-presidents, Amrullah Saleh, has claimed to be the acting president, now that Ghani has left the country. Saleh has not, joining the son of Ahmad Shah Masoud, his namesake in the Panjshir Valley, where he hopes to launch a resistance.

They might once again be heading towards the sort of behaviour that got them the wrath of the USA last time around, not so much because they want to, as because they are obliged to. The real question is not so much whether the Taliban will be Taliban, as whether the USA is willing to put up the kind of military effort that clearly doesn’t work.

Normally, the head of the party becomes head of government when the party takes power. That was what the Taliban did in 1996: they made the party chief, the head of the Taliban, Mullah Omar, the head of government. By that precedent, Akhundzada should have been installed by now. However, that has not happened for two reasons. Akhundzada was elected in 2016 after his predecessor Mullah Akhtar Mansour was killed in a drone strike. He had only taken office less than a year before, in 2015. Akhundzada was not expected to last long, but the only assassination attempt he faced as Taliban chief, in 2019, came from a Taliban splinter, not a US drone strike.

Interestingly, he does not have any combat experience, which may be proving a barrier at present. The other possibility, Baradar, does have such experience, including the recently successful offensive. He was also the chief Taliban negotiator in Doha, a position he was given after spending several years in Pakistani captivity. His being Mullah Omar’s brother-in-law also counts in his favour.

Of course, simple self-preservation may be at work. After all, the recent drone strikes in Kabul, apart from taking the fight to the Daesh, show that the USA has the capacity to take out anyone in Kabul, including the Amir, whoever he might be.

There is also visible the difference between the party organization and the grassroot membership. It should be noted that the Taliban may be a party, but they are not, as parties in democracies are, geared to contest elections. They do correspond to a certain realistic role of political parties, in that they are willing to do what it takes to achieve political power. In the case of Afghanistan, it seems, that means engaging in guerrilla warfare or insurgency, and refusing to accept the rules set by the Constitution. Ashraf Ghani’s party had contested an election, but that party was not ready to fight for him.

That job was supposed to be performed by the ANA. Though the Taliban is a political party, in the sense that its purpose is to seek political power, it is also a military organization, because that is the method of achieving power in Afghanistan.

However, like other political parties, the Taliban are not just in existence to obtain power, but also have an ideology to implement. That ideology is Islam, and that means that the Taliban are not able to exclude other parties, or individuals, in other countries from offering a critique of their actions. There is a definite cross-pollination between parties, but it is open to the PPP in Pakistan to reject any criticism of it made by India’s Congress. However, if some Islamic scholar in Malaysia were to criticize the Taliban, they could reject him, but because he is wrong, not because he is Malaysian.

There is some comparison across countries, but it is mostly of leaders rather than parties. If the USA’s Donald Trump is compared to Narendra Modi of India or even Imran Khan of Pakistan, the next logical step of conflating the former’s Republican Party with the BJP or even the PTI is not taken. However, the Taliban will come under criticism as a party, mainly because there are positions clearly taken.

The main concern expressed so far about the Taliban is their treatment of women. This has prevented attention going to other aspects of previous Taliban rule, like a vigorous anti-drug programme, and a restoration of law and order. The Taliban treatment of women was based on their interpretation of the Almighty’s commands; if they deviate from those commands to win international recognition, they will lose the reason to rule. Similarly, their campaigns against opium or against militia abuses are not because they want to provide good governance, but because they want to rule according to the Almighty’s commands.

That the Almighty’s commands are a guide to good governance is supposed to be an assumption. and the Taliban will stand or fall by it. That may lead to trouble, for the Taliban were led by this to allow other Muslim groups to seek refuge from persecution elsewhere during their last tenure, such as Al-Qaeda.

That group carried out the most spectacular action, but support for the Kashmiri mujahedin and the East Turkestan Islamic Movement, among others, are what are causing concern among neighbours. Not supporting them would mean coming under fire from other Islamic groups. The issue of legitimacy is apart from these issues. The question that Mullah Omar did not resolve was whose Emir he claimed to be. In short, an Emirul Momineen is one appointed by a superior Emir, or ultimately by a Caliph. Or else, he is claiming to be the Caliph. The idea of an Emir who has obtained the allegiance of a limited group, and who does not claim to be Caliph, is moot until an Emir takes office.

It may thus be seen that in the first place the Taliban’ ideology, or rather the commitments it obliges it to make, oblige it to take positions at odds with those the USA had tried to change. The Taliban are obliged by the nature of their Islamic ideology to take a wider view than that of the Kandahari Pashtuns they are widely assumed to be.

It seems they might once again be heading towards the sort of behaviour that got them the wrath of the USA last time around, not so much because they want to, as because they are obliged to. The real question is not so much whether the Taliban will be Taliban, as whether the USA is willing to put up the kind of military effort that clearly doesn’t work.