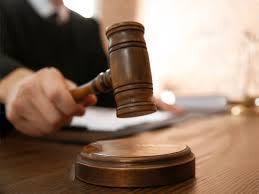 The judiciary plays the role of regulating the unlimited discretion of individuals in day-to-day affairs, avoiding the suffering of man as a result of absolute discretion, but the US Supreme Court’s Justice Douglas significantly remarks that law has ensured the ultimate discretion of some supreme authorities in the societies, making judiciary reforms an unconditional thing. Reforms are not focused on judicial rights like independence and acquiescence, but ensure quality service of social justice for Pakistani citizens.

The judiciary has lost its effectiveness due to unjustified delays and wrongdoers exploiting the loopholes to serve their interests using tools such as stay orders, causing limited access to a large poor segment of the society. More than one-third of Pakistani firms consider the court system in Pakistan a major obstacle and the quality of courts as poor which is higher than the average of 14 percent in South Asia, with even Bangladesh in better condition, according to the World Bank Enterprise Survey.

Firstly, the cost of justice is the biggest evil and causes biased out-of-court settlements by non-conventional methods. This bias in the court system towards the wrongdoers brings poor economic governance which can only be ameliorated by emancipation of the poor from these constraints in law and bringing the rich under jurisdiction of law.

Secondly, outdated faulty laws governing economic transactions from history need to be revised to make them applicable in the present world, specially the agrarian laws related to Land Revenue Act to ensure a better production rate of goods and services and to settle land disputes which will reduce the appeals load on the Supreme Court.

Better policies for land sales and land consumptions will ameliorate the process of adjudication by increasing its efficiency. That is why, the justice system is long, difficult and takes many years to dispose of the cases. In this regard, litigation can be mitigated if land sale is done through candid title and market-based transaction can facilitate speedy justice in rural and urban areas.

Thirdly, it is the need of the hour to upgrade the system by engaging judges and lawyers who deal with economic related cases and are involved in such processes. One reason why right decisions are not made in such cases is judges and lawyers having a dearth of knowledge to understand the minute issues of the transaction.

In this context, legal education must be imparted as happens in other fields where they have specialized knowledge of engineering, medicine, and accounting. Moreover, the help of experts especially in this field must be consulted to facilitate the smooth process of decision in complex and difficult cases.

It is high time the government reformed the judiciary so as to deliver quick and speedy justice. Otherwise, people will not trust the system as it is long, cumbersome and difficult to decide cases. Views and roles of experts in different fields relevant to judiciary must be shared with the top judiciary to settle the complex and specialized cases of different fields.

Fourthly, case-load management needs to be improved as cases in the lower courts are confronting the issues of rampant corruption, delayed justice and incompetent decisions which further tarnish the image of the judiciary. In this regard, an effort to introduce computerization is working, still the issues are at a standstill during the last few years.

The steps are achievable if the top judiciary develops a mechanism to set deadlines. In addition, monitoring the performance of the lower courts can yield better results where rewards for those who are working quickly to decide the cases should be given and action ought to be taken against those who are not performing as per the set criteria.

Fifthly, it is a fact that we denounce the informal system of Jirgas, sardaris and qazi courts but the real thing is that we have to learn the basic components of these informal channels to foster our judicial system. The Federal Board of Revenue made a new mechanism, Alternative Dispute Resolution (ADR) in 2008. It was predicted that the new government at that time would hold it in abeyance by not looking into the weak areas and loopholes to make it an efficient system.

In this scenario, it is the duty of the government to establish small courts at village level with Masalihat committees and other areas of ADR which are conducive to provide relief to the current judicial system by providing quick and easy justice at the grassroot level with minimum cost.

Sixthly, an innovative step to establish a National Judicial Policy was taken in 2009. In this step, some new rules were made where cases relating to banking, taxes, income tax and property tax had to be decided within the fixed period of 6 months. Whereas stay of judgments is concerned, they should be judged within the 15 days of the grant of interim orders. Furthermore, rent cases ought to be decided within four months by trial courts and a person has the right to appeal within two months. Cases regarding bills of exchange, hundi and promissory notes should be decided within 90 days. But one wonders that to accomplish these tasks within the period of eight year raises doubts over its performance.

It is high time the government reformed the judiciary so as to deliver quick and speedy justice. Otherwise, people will not trust the system as it is long, cumbersome and difficult to decide cases. Views and roles of experts in different fields relevant to judiciary must be shared with the top judiciary to settle the complex and specialized cases of different fields.

Zeeshan Ahmad Khan
The writer is a freelance columnist