Vaccine inequality and a tale of two growth recoveries

Not only are rich countries saving lives, they are recovering faster 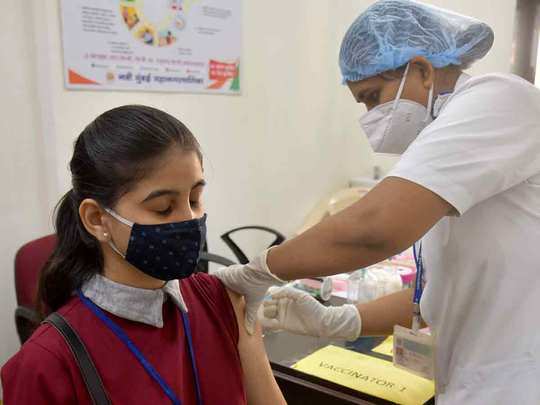 ‘Industrialised countries have been able to use their enormous fiscal and monetary capacity to shield their populations from the pandemic. …For many emerging markets and developing countries, currently hit hard by variants, the prospects are bleaker.’ – Excerpt from a recent Financial Times published article ‘A lopsided recovery from the pandemic bodes ill for emerging economies’ by Raghuram Rajan

The International Monetary Fund (IMF), in its July update of its flagship report World Economic Outlook (WEO), highlighted that due to vaccine inequality, global economic recovery prospects for rich, advanced countries and the developing ones were significantly diverging in terms of pace. In this regard, the Report titled ‘Fault lines widen in the global recovery’ highlighted ‘Economic prospects have diverged further across countries since the April 2021 World Economic Outlook (WEO) forecast. Vaccine access has emerged as the principal fault line along which the global recovery splits into two blocs: those that can look forward to further normalization of activity later this year (almost all advanced economies) and those that will still face resurgent infections and rising COVID death tolls. The recovery, however, is not assured even in countries where infections are currently very low so long as the virus circulates elsewhere. … A double hit to emerging market and developing economies from worsening pandemic dynamics and tighter external financial conditions would severely set back their recovery and drag global growth below this outlook’s baseline.’

Similarly, Gita Gopinath, who is the chief economist at IMF, in her recent article ‘Drawing further apart: widening gaps in the global recovery’ highlighted through two important charts a) ‘lopsided recoveries, and b) two-track pandemic’ that while advanced countries had administered full vaccination to around 40 percent of their populations, as against 11 percent and 1 percent of the population in emerging markets, and low-income developing countries that had been fully vaccinated, the impact of this could be seen in terms of their economic growth outlook, whereby as per the article, ‘Growth prospects for advanced economies this year have improved by 0.5 percentage point, but this is offset exactly by a downward revision for emerging market and developing economies driven by a significant downgrade for emerging Asia.’

In an article ‘The IMF is right: global economic recovery from Covid could go wrong’ that was recently published in The Guardian, and written by Larry Elliot, it was pointed out that ‘Given the ebbs and flows of the Covid-19 pandemic, the International Monetary Fund’s assessment of the state of the global economy has changed little over the past three months. Back in April the IMF said world growth would be a chunky six percent this year and it has left that forecast unchanged. Beneath the surface, though, plenty has been going on. The outlook for advanced countries has improved while that for emerging market economies has deteriorated. A new north-south divide is opening up and that’s a big concern.’

Moreover, the article asked the rich countries to help assist developing countries by redistributing their share of allocation of special drawing rights (SDRs) by the IMF, which was agreed recently. In this regard, it indicated ‘Rich countries don’t really need their share of a recently agreed $650 billion allocation of IMF special drawing rights, which boost the reserve assets of member countries. They should redistribute them so that poorer countries have greater fiscal firepower.’

Sustainable global economic recovery requires both developed and developing countries vaccinating at a similar pace, which is not only important in assisting developing countries show similar growth outcomes as the developed ones, but also in overall saving lives globally, by avoiding new potent coronavirus variants; which in turn could also affect the already highly vaccinated rich, advanced countries.

The fact that it was important that developed countries assisted the developing countries during the pandemic a lot more, was pointed out in a recently published Guardian article by Phillip Inman, whereby he indicated ‘The world economy risks losing $4.5 trillion (£3.3 trillion) from highly infectious variants of Covid-19 spreading through poor countries where vaccination rates are lower, the International Monetary Fund has warned. Calling on rich countries to take urgent action to share at least 1bn doses with developing nations… the IMF said the new coronavirus variants would wipe $4.5 trillion from global GDP by 2025 with the potential for more than two-thirds of that loss falling on middle- and low-income countries.’

Gita Gopinath in her same article, pointed out in this regard that ‘Multilateral action is needed to ensure rapid, worldwide access to vaccines, diagnostics, and therapeutics. …IMF staff’s recent proposal to end the pandemic… sets a goal of vaccinating at least 40 percent of the population in every country by the end of 2021 and at least 60 percent by mid-2022, alongside ensuring adequate diagnostics and therapeutics at a price of $50 billion. To achieve these targets, at least 1 billion vaccine doses should be shared in 2021 by countries with surplus vaccines… It is essential to also make available upfront grant financing of around $25 billion for diagnostics, therapeutics, and vaccine preparedness for low-income developing countries.’

Sustainable global economic recovery requires both developed and developing countries vaccinating at a similar pace, which is not only important in assisting developing countries show similar growth outcomes as the developed ones, but also in overall saving lives globally, by avoiding new potent coronavirus variants; which in turn could also affect the already highly vaccinated rich, advanced countries. A recent FT article ‘Vaccine inequality threatens global economic recovery, IMF warns’ in this regard pointed out “Vaccine access has emerged as the principal faultline along which the global recovery splits into two blocs,” the IMF said. Some countries “can look forward to further normalisation of activity later this year” but many others “still face resurgent infections and rising Covid death tolls”. Even countries on the recovery track should not be complacent about this, the Fund warned: “The recovery… is not assured even in countries where infections are currently very low so long as the virus circulates elsewhere.”