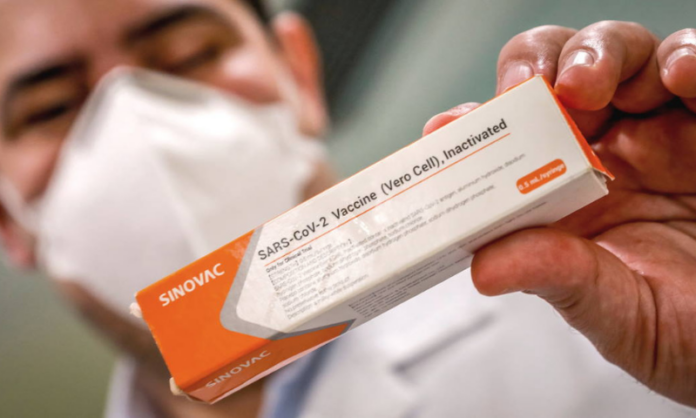 Antibodies triggered by Sinovac Biotech’s Covid-19 vaccine decline below a key threshold from around six months after a second dose for most recipients, although a third shot could have a strong boosting effect, according to a lab study.

Chinese researchers reported the findings from a study of blood samples from healthy adults aged between 18-59 in a paper published on Sunday, which has not been peer reviewed.

For participants receiving two doses, two or four weeks apart, only 16.9 per cent and 35.2pc, respectively, still had a level of neutralising antibodies above the threshold six months after the second dose, the paper said.

Those readings was based on data from two cohorts involving more than 50 participants each, while the study gave third doses to a total of 540 participants.

When participants in some cohorts were given a third dose, about six months after the second, neutralising antibody levels after a further 28 days had increased around 3-5 fold from the levels seen four weeks after the second dose, the study showed.

The study was conducted by researchers at disease control authorities in Jiangsu province, Sinovac, and other Chinese institutions.

Researchers cautioned the study did not test the antibodies’ effect against more transmissible variants, and that further research was needed to assess antibody duration after a third shot.

Earlier this month, Thailand announced it would use AstraZeneca’s Covid-19 vaccine as a second dose for those who received Sinovac’s shot as their first dose in a bid to increase protection.

The move was the first publicly announced mix-and-match of a Chinese vaccine and a Western-developed shot, as a new preliminary Thai study raised doubts about the longer-term protection of the two-dose Sinovac vaccine.

The announcement came after Thailand’s health ministry said 618 medical workers out of 677,348 personnel who received two doses of the Sinovac vaccine became infected from April to July. One nurse died.

Neighbouring Indonesia has also reported breakthrough infections among medical and frontline workers who are fully inoculated with the Sinovac vaccine.