Fighting against the Taliban mindset 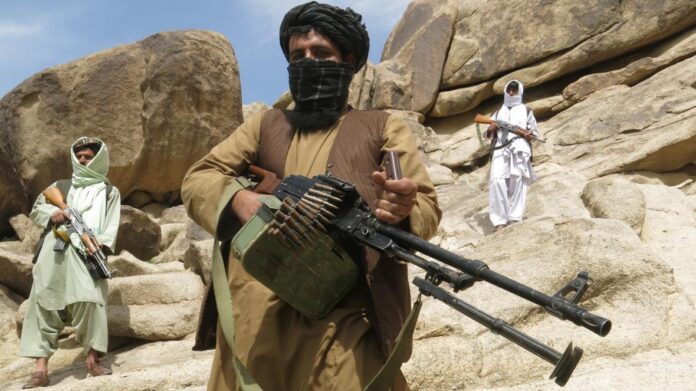 Sex and gender are the perspectives from which most things are judged in a society like Pakistan’s. And since women are the weaker gender, they are subject to a host of compulsions, frequently against the law, no problem: they can be married against their wish, they must not work (except of course when they must, when they are grudgingly allowed), they must muffle themselves up in unnecessary garments regardless of the heat, and a whole myriad of musts; later they must not, God forbid, promote rights and independence for other women.

And that is what Malala Yusufzai came up against, as did the OUP when it included Malala’s name in a book that contained a list of national luminaries, and in which her photograph was printed next to that of Major Aziz Bhatti Shaheed of the Pakistan Army. A brave man, Aziz Bhatti Shaheed, one to whom the nation owes a heavy debt of gratitude for his courage and ultimate sacrifice. May the Almighty reward him.

It would seem that we need more Malalas, not less. It would also seem that our PTCB needs to sort its values out, and if it must exist it should clamp down on its insecurities

The question most frequently asked is: what gives Malala the right to be included among that list of illustrious people? What has she done to earn it?

As much as any other person who stands in the path of danger for the sake of the country and others, the child Malala stood up to the Taliban with her demands for education for women at a time when they, the Taliban, were shutting down schools for girls in Swat. With the support of her parents, the young girl gave speeches supporting education for women, and became a blogger under a pseudonym, reporting on the condition of women under the Taliban. She was unlucky enough to be exposed and became a target for terrorists.

Malala, as much as any other person who actually lost their life in the process, almost lost hers when at the age of just 14, she was shot in the face for her crimes; if the man who shot her had anything to say in the matter, she would have lost it. Clearly, the Amighty had other plans for her.

That she and her family escaped to Britain was not a choice, it was a necessity when it was not possible to treat her injuries as well in her home country, and when it became clear that this was not the safest place for the family to be.

She was nominated for the International Children’s Peace Prize, she won Pakistan’s National Youth Peace Prize, and 12 July (her birthday) is now officially Malala Day. She has also been awarded the Sakharov Peace Prize for Freedom of Thought in acknowledgment of her work, just before receiving the Nobel Peace Prize simultaneously with the Indian child rights activist, Kailash Satyarthi. Malala is the youngest person in the world to receive the Nobel Peace Prize for her efforts to win the right to education for every girl, particularly in societies where it is often denied.

After that, in 2017 she was appointed the UN Messenger of Peace to promote female education, which is one of the UN’s highest honours.

All through this time, Malala has continued to support her cause for the right to education for girls. She has spoken about it, and written about it. Her support has not been an idle matter.

In 2013, Malala and her father launched the Malala Fund, which strives to ensure that girls around the world have access to 12 years of free, safe, quality education. The countries that have priority for the purposes of this fund include Afghanistan, Brazil, India, Lebanon, Nigeria, Pakistan and Turkey, where girls are most likely to miss out on secondary education.

For those– surprisingly many– people who criticize Malala, there is this question: how many people have won as many accolades and achieved as much for her country and women in general, even before the ripe old age of 24? Have you?

But this fact of Malala being considered unworthy of praise is only one of the issues raised by the episode when Malala’s name was included in a book published by the OUP. When this happened a team belonging to the PTCB, the Punjab Textbook and Curriculum Board, walked into the OUP bookshop and confiscated these books, and conducted raids across the city to confiscate them wherever else they were being sold.

Censorship is almost always a futile exercise, and it is definitely always based on some particular group’s version of what the public has a right to read. And clearly, it is not always run along sensible guidelines.

Such censorship may be understandable if a publication is promoting violence, or murder or treason, or other dangerous activities. But for adding Malala’s photograph to a book of luminaries…? The mind boggles at the intellect of persons entrusted with policing our reading.

All this takes place, please note, while the Taliban are set to stage a comeback in Afghanistan. They have already taken over the area on the Afghan side of Chaman on the border between Pakistan and Afghanistan, with a letter to the local imam that states, according to a resident of the district, that women must not go to the bazaar without a male companion, and men should not shave their beards.

It would seem that we need more Malalas, not less. It would also seem that our PTCB needs to sort its values out, and if it must exist it should clamp down on its insecurities.