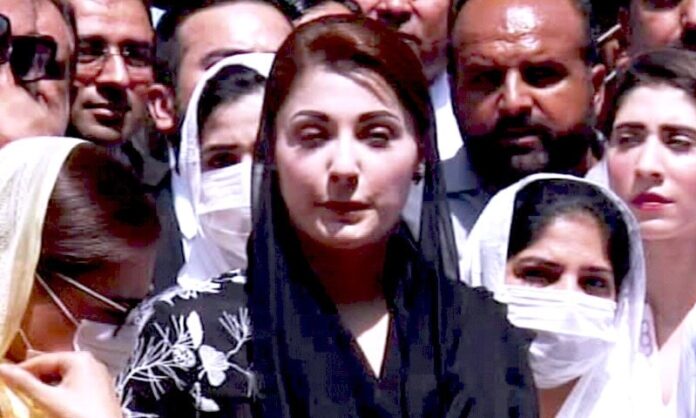 Pakistan Muslim League-Nawaz Vice President Maryam Nawaz has expressed the belief that the incumbent government has recognised Israel due to their lack of denial on reports and statements from news agencies stressing upon Pakistan’s reported acceptance of the Jewish nation-state.

Talking to media persons after appearing before Islamabad High Court, the PML-N VP underscored that the government needs to inform the nation of its decision [on Israel].

“It’s not your personal decision… it’s something that is linked to 220 million people of Pakistan,” she maintained.

Prime Minister Imran Khan in November last year had said Pakistan was facing great pressure from the United States to recognise Israel, but he clarified that “this will not be possible unless there is a just settlement, which satisfies Palestine”.

Commenting on the country’s foreign policy, the PML-N leader asked the government to bring its own house in order first.

“Your foreign policy should not alter in view of a changing political landscape. It should not be based on your political standing,” she said, calling for a unified stance on issues.

Moreover, Pakistan Muslim League-Nawaz Vice President Maryam Nawaz on Tuesday rejected reports of a deal. She also questioned the rationale behind striking a deal and said that they are not stupid to go for a deal after so many hardships and a long struggle.

Responding to the statement of PM Imran Khan about engaging estranged people of Balochistan, the PML-N leader said that she is in favor of addressing grievances of Balochs but added that the Hazara community was also from the province and Imran Khan refused to visit the protesting families until they buried their dead.

Talking about the Azad Kashmir elections, Maryam Nawaz said that everyone knows that the position of PML-N is very strong over there, and if free and fair elections are held, her party will emerge victoriously.

Responding to a question about her absence from the Pakistan Democratic Movement Swat rally, she said that the public meeting was attended by the party president and there was no need for her to also attend the meeting if Shehbaz Sharif is already present.

She underscored that the PML-N was “not going anywhere”, saying the party was well intact.

ISLAMABAD: Minister for Information and Broadcasting Chaudhry Fawad Hussain on Monday shed light on the relationship between the civil and military leaderships and said...
Read more
NATIONAL

ISLAMABAD: As the rising oil prices and devaluation of currency are adding to the woes of inflation-hit people, the government sees no immediate relief...
Read more
NATIONAL

On reading vs reading into