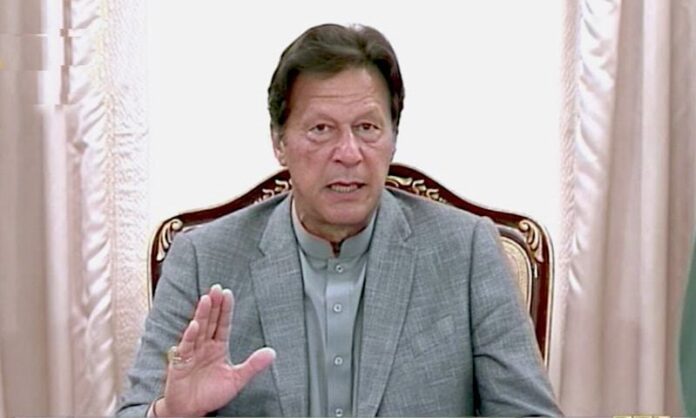 “Reportedly, the officer is heading 15 districts and allegedly collecting Rs1.5-2mn from each district on a monthly basis; besides taking a share on postings/transfers of under-command police officials,” the premier wrote in the letter.

Geo News reported that the prime minister stated that Dr Jameel has illegally occupied three rooms of the Circuit House in Hyderabad.

He said that the police officer’s sons, as per reports, conducted firing practice at the Circuit House, adding that it was a populated area.

Citing examples of the official’s “corruption”, the prime minister asked the Establishment Division to formally proceed against him under Rule 18(2) of the Civil Servants (Efficiency & Discipline) Rules, 2020.

Dawn reported that the AIG had been in the limelight earlier this year after the province’s top police official had revoked his order regarding the formation of a crime control cell, allegedly staffed by dubious officials.

In April, Sindh Inspector General of Police (IGP) Mushtaq Mahar had struck down Ahmed’s official order regarding the formation of a ‘regional crime control cell’, referred to as “R3C”, and said the cell had been “maliciously created in contravention of rules and directions issued time and again” by the IGP’s office.

Citing information gathered from Hyderabad and Karachi police officers, Dawn reported that a couple of individuals associated with the AIG office and R3C in one way or the other had dubious backgrounds. They were either retired officers or dismissed from service.

“All these men are involved in smuggling of maava (tobacco mixed mild drug), betel nut, cigarettes, Indian gutka that reach Sindh through Balochistan from Iran where it reaches from India,” the report stated citing an unnamed source.

They were operating what they referred to as “line” in their parlance in the region to ensure the delivery of goods to traders in Karachi and Hyderabad. Iranian oil also passed through this “line”, the report quoted the source as adding.

Also in April, the AIG’s sons had subjected lower-ranking employees of the local circuit house to humiliation as they tied them to a tree to “teach them a lesson”.

The report stated that Sajjan Khaskheli, general secretary of the provincial works and services union, had claimed that AIG’s sons are “very unruly and arrogant and they humiliate the staff every now and then”. They did not even spare policemen, he had added.

The AIG has been staying at a suite in the circuit house which was meant for the Sindh chief minister since Aug 28 last year but he has not paid anything as rent, the report cited an administration official as saying.

16th August 2022, Islamabad - The world is off track in the fight against hunger, moving further and further away from the binding goal...
Read more
- Advertisment -