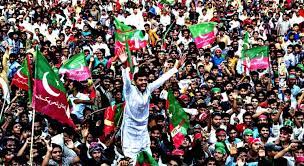 Political instability has created a disturbing image for Pakistan globally.

Throughout the history of Pakistan, one can experience a completely chaotic condition in Pakistan’s political system; particularly, after the 2013 controversial elections which brought Nawaz Sharif into power. The Nawaz regime was in a complicated quagmire which resulted in a fumbling economy and pushed democracy into long-lasting fallout. Ultimately, the Nawaz regime came to its downfall given the fact that he was not sincere to the nation and proved to be involved in money laundering. Since then, an environment of ebb and flow has been cultivated in the structure of the political system of Pakistan. In this article, I will bring the possible scenarios which lead to political instability within a state. Further, how an unstable political structure split the masses on various grounds, put a halt to economic and social growth, and depicts a weak picture of a state on a global forum.

A stumbling and segmented political organisation is one of the root causes of an unstable political condition that is being faced by every government in Pakistan. On the other hand, weak political parties compelled every government to seek help from the coalition to come into power. Consequently, every government puts all efforts into satisfying all its coalition parties and stays under constant force. Furthermore, it also becomes a tough job for the government to formulate domestic and foreign policies as it demands the support of all masses within a party. It has been claimed that unless there are collective efforts from all individuals within a party, a stabilized political system can not be achieved.

It should be also stated that incompetent governors also contribute to an unstable political scenario. The role of a leader is significant; especially, in the case of Pakistan where multiple ethnicities and sects are existing. Undoubtedly, when all the masses of a state are not served equally and show dissatisfaction with the performance of the authorities, a sense of identity crisis gets shaped within a state and people from different communities start holding negative sentiments for the ruling party; as a result, people no longer have faith in institutions and run after their interests. Eventually, a segmented society gets formed where every sect prefers its benefits rather than the state.

The identity crises can be described in several ways in a political system. It is linked with the enthusiasms of patriots and the will of people who reside in a common region. Whenever there is a sudden change in the cycle of the political chain, the question of identity crisis emerges.  “When a community guides that it had once unquestionably accepted as physical and psychological definitions of its collective self are no longer acceptable under new territorial conditions”  (Samuel, 1971).

However, in this regard, the example of East Pakistan can not be disregarded. Not only East Pakistan but also the alarming circumstances in Balochistan and Sindh are too enough to prove the adverse effects of an identity crisis.

The identity crises can be described in several ways in a political system. It is linked with the enthusiasms of patriots and the will of people who reside in a common region. Whenever there is a sudden change in the cycle of the political chain, the question of identity crisis emerges.

However, when there is no check and balance within the party, it gets failed to gain the support and belief of the masses. Moreover, religious ethics parties play the role of fuel and bring more disasters in an already fragile environment. These religious sects split the society and exploit their sentiments for their profits. It can be well explained by the current political situation in Pakistan how the opposition played the card of emotions while visiting the Hazara community and Baloch protesters.

An unstabilized political condition gives birth to numerous socio-economic problems. It shapes a blurred image of a state in the global forum. Consequently, other countries reluctant to make a partnership with a country that is suffering from a scattered political party and such countries remain in constant backwardness same as Pakistan.

The fumbling and destabilized Democratic regimes have portraited a dark future for the people of Pakistan. The country has already lost its East wing due to political instability and continuously suffering from the emerging tension among the unities. At the moment, Balochistan and Khyber Pakhtoonkhwah are the most vulnerable regions where the effects of political instability can be felt immensely.

Another challenge that is being faced by Pakistan because of the unstable criteria in politics is misleading the issue of terrorism. It is making it impossible to bring effective solutions and policies for the long-lasting issue of terrorism. The ongoing weak domestic circumstances because of the internal and external attacks have wholly destroyed the economy of the country and closed the door for foreign investors. It has emerged as a huge challenge for Pakistan to handle International pressure and deal with internal questions such as collapsing economy, grievances of masses, and losing the support of the nation for the government and military.

A nation can never step on the ladder of prosperity until it is politically balanced as the prosperity of a nation along with the growth of the economy and health of society wholly depends on the stability of the political system. To formulate a stable political system, Pakistan requires competent leaders who can bring all the sects of society to one table. Moreover, the government needs to establish a strong belief among the people and serve them equally to make them feel contented as being a part of the nation. As a result, all sects of society exert their energy for the betterment of the nation. Once the different ethics of the society are satisfied with the state, a sense of harmony will take place among the people. In this context, Pakistan has to learn from countries that have maintained a stable political set-up such as China, Egypt, and Zchecoslvac. Undoubtedly, establishing an organized political set-up is never an easy task for any state; especially, for a country like Pakistan where people of different cultures and religions exist. It mainly reflects on the working of the government and its ruling party.

Political instability is a deep-rooted issue in Pakistan that has shaken the leg of the economy, interrupted social growth, and distributed people on various grounds. However, improper working of political parties, inefficient leadership, and dismemberment of unites are the main contributors to a paralyzed political set-up. As a result, Pakistan is going through multiple issues such as dissatisfaction among the people, a fragile economy, and threats from external and internal forces. On the whole, a critical analysis is required for generating a stable political scenario in Pakistan and it is only possible when the government and opposition put all the arguments aside and work collectively for the development of the nation and serve people rather than favoring their interests. However, looking at the current state of politics in Pakistan, one can not dream of a stabilized political system at all.

Bakhtawar Rakhshani
The author is a student from School of Intensive Teaching (SIT) Hub, Balochistan