Japan leans toward holding the Games with local spectators: media 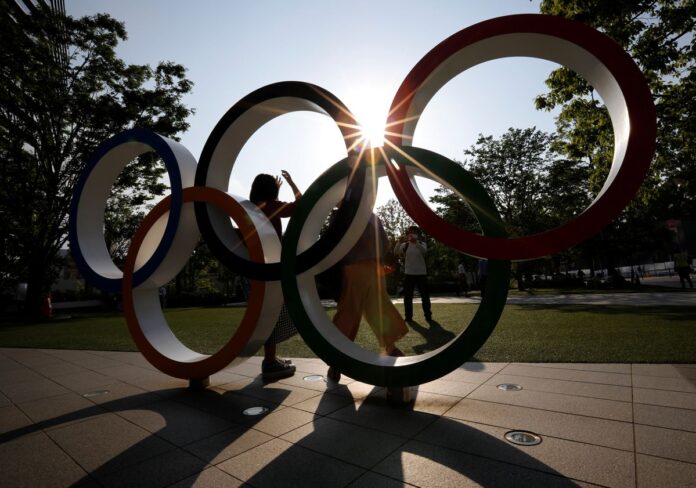 TOKYO: Japan is leaning towards allowing domestic spectators at the Tokyo Olympics despite the Covid-19 pandemic, media reported on Wednesday, with organisers planning to monitor the movements of foreign media to prevent the spread of the virus.

More Japanese government officials and 2020 Tokyo Olympics organisers are in favour of holding the Games with domestic spectators as Covid-19 vaccines are rolled out and case numbers decline, the Asahi newspaper reported, without citing sources.

This is in contrast with their position about a month ago when there was an atmosphere among Prime Minister Yoshihide Suga’s administration that the Games, starting July 23, needed to be held without spectators, the report said.

The Summer Games has seen strong opposition from the public and medical experts over concerns the event could lead to more infections and overload medical facilities, despite assurances from Suga’s administration that the Games can be held safely.

Tokyo 2020 President Seiko Hashimoto on Tuesday said that overseas media will be closely monitored to ensure they do not leave pre-registered areas in an effort to ease public concerns.

Foreign media will be monitored via GPS and will not be allowed to visit the houses of local friends or other unregistered areas, Hashimoto added, according to the Asahi and other local media.

Organisers will finalise plans for spectators before the end of this month after consulting with the Japanese government, as well as the Tokyo administration, media quoted Hashimoto as saying.

Foreign spectators are already prohibited from the Olympics and Japanese may also be kept away from what organisers promise will be a sanitised “bubble” event to minimise contagion risk.

Japan has been spared the explosive outbreaks seen elsewhere but has recorded over 760,000 cases and more than 13,600 deaths. Tokyo and other regions are still under a state of emergency which is set to be lifted on June 20.

Athletes are also cautious about the pandemic outlook. Australia on Wednesday joined Taiwan in pulling out of the final baseball qualifying tournament for the Games due to “insurmountable” challenges amid the pandemic.

The Olympics have been postponed by a year amid concerns over how organisers can keep volunteers, athletes, officials and the Japanese public safe during a fourth Covid-19 wave.