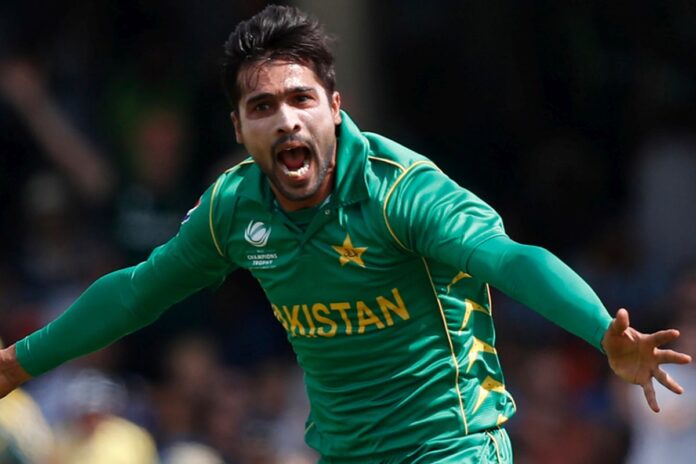 KARACHI: Pakistan Cricket Board CEO Wasim Khan said on Saturday that left-arm pacer Mohammad Amir could still play for the national team and efforts are on for a rapprochement between him and the coaches, including head coach Misbahul Haq.

Khan disclosed that Amir had met him in the UK and he had poured out his grievances against the team management.

“I also made it clear to him that the path he adopted was not right as a senior player,” he said on the Cricast channel on YouTube.

“I think Amir is a valuable player for us even now and we will now make efforts to bring about a rapprochement between him and the coaches.”

Captain Babar Azam had recently said he is ready to speak to Amir about his issues and Khan said once that discussion takes place, the PCB will bring the two parties to a table and try to sort the matter out.

Khan, however, did not give a deadline when Amir could be back in the Pakistan team when asked if he would be available for the World T20 this year.

Amir, 29, had announced his retirement from international cricket last December due to alleged differences with the coaching duo of Misbah and Waqar Younis.

Amir had claimed that Misbah and bowling coach Waqar have not been fair with him and he will not make himself available for selection until they are in charge.

The left-arm pacer has signed a contract to play in the Caribbean Premier League for Barbados. He will also be seen in action in the Pakistan Super League matches in Abu Dhabi from June 9 for the Karachi Kings team.

Khan said Amir’s issue was a complicated one but can be resolved.

He also made it clear that the PCB had no grievances with batsman Umar Akmal, who completed a 12-month ban for not reporting spot-fixing approaches made last year and also paid a fine of 4.2 million rupees to the board.

“In fact, I have just completed the 2 month rehabilitation programme for Umar with our Anti-Corruption department and Umar can start the rehab soon,” Khan said.

“He is a Pakistan player and we wish him well and he can resume his cricket career soon.”

The PCB CEO said the board has advertised for the post of a sports psychologist to address the communication problems of some players, who sometimes go overboard with their grievances on social media.

“We are going to hire a sports psychologist soon who will be on the payroll and be interacting and counseling with the players. We have kept a criteria of him being able to speak Urdu so that there is no loss in translation,” Khan said.

Khan also said that while head coach Misbah had a contract with the board until September 2023 but it would be reviewed after the World T20 Cup this year.

“We want to support our coaches and give them proper time but it does not stop us from carrying out reviews of their performances from time to time and we will review Misbah’s contract and results after the World T20 Cup,” he said.

The PCB official said at the moment there were no plans to bring in a specialist white-ball coach as Misbah had formed a good working relationship with Azam and the latter had also started to show leadership qualities.