Human rights must not be used hypocritically 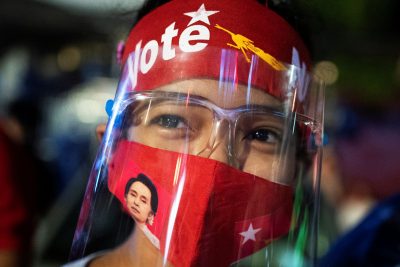 More than 2 million Armenians were living in Eastern Asia. They had a distinct identity, influence, interests, and approach toward regional events. In World War I, the Ottoman Empire joined the alliance of the Austro-Hungarian and German Empires. However, the Ottoman Empire feared the large Arminian population as a threat in the war with the possible assistance to Russia which had long coveted to get control of Constantinople, now Istanbul. The Ottoman authorities started killing Armenians in 1914. It is estimated that from 320,000 to 2 million deaths of Armenians were recorded from 1914 to 1923. Women were raped on a large scale, more than 250 intellectuals and influential people of the community were deported or exterminated in the empire’s capital, Constantinople. Later on, the atrocities continued in the Turkish War of Independence at the hands of Turkish nationalists.

Due to mass killing and forced deportation, 2 million Armenians fell to 400000 by 1922. There was an “ethnic cleansing” and “systematic” killing of Armenians in World War 1. Mass burnings through torture, gas, poison, diseases, starvation, and drowning were reported by victims. Women were also killed and raped. Even, Armenian children were loaded into boats and thrown into the sea. A website armenian-genocide.org shed light on the Armenian massacre in these words “the great bulk of the Armenian population was forcibly removed from Armenia and Anatolia to Syria where the vast majority was sent into the desert to die of thirst and hunger”.

Mr. Biden never used the term “genocide” for the Indian atrocities in Indian Occupied Kashmir, the prolonged illegal Israeli occupation and massacre of Palestinians, and the persecution of Muslims in Myanmar

Because of the ethnic cleansing and systematic killing of Armenians, April 24 is commemorated as the genocide remembrance day by the Armenian community across the globe. American presidents, most recently both Obama and Trump, remained reluctant to use the term “genocide” for the Armenian massacre to avoid possible tension between Turkey and the USA but they condemned the Turkish atrocities in soft words. Turkish authorities also expressed poignancy on the massacre but never termed it a “genocide”. However, President Joe Biden used the term “genocide” in the White House first time by expressing his firm commitment to human rights. Meanwhile, Turkish Foreign Minister Mevlut Cavuroglu termed the statement as political opportunism with the threat of worsening ties between both countries.

In international legal perspective, there was no existence of “genocide” word at the time of World War I, nor did any international legal instrument cover such heinous crimes. The term “genocide” was coined in 1944 by Raphael Lamkin. In fact, the Convention on the Prevention and Punishment of the Crime of Genocide in 1948 was passed by UNO. Article 2 of the legal instrument defines the term as genocide means any of the following acts committed with the intent to destroy, in whole or in part, a national, ethnical, racial, or religious group, as such killing members of the group, causing serious bodily or mental harm to members of the group,  deliberately inflicting on the group conditions of life calculated to bring about its physical destruction in whole or in part imposing measures intended to prevent births within the group and forcibly transferring children of the group to another group”. So, Turkey committed genocide following the convention on the Prevention and Punishment of the Crime of Genocide 1948, and retrospective punishments could be applied by slapping severe sanctions under the convention. However, Turkey should accept the reality by putting aside a nationalistic approach for the purpose of humanity that will correct the historical blunder.

The official statement of Biden about the Armenian massacre raised questions over previous. American presidents, especially Obama and Trump, who always escaped cleverly about using the term of genocide by passing only generic condemnation statements. This aspect unearths the truth that American role in global politics especially regarding human rights dwindled, especially in the last decades.

On the other side, Biden never used the term “genocide” for the Indian atrocities in Indian Occupied Kashmir, the prolonged illegal Israeli occupation and massacre of Palestinians, and the persecution of Muslims in Myanmar. So, the Turkish statements about political opportunism jibe with realities to some extent, but Turkish genocide cannot be put aside.

Global leaders should not adopt a dualistic narrative regarding human rights. They ought to remain committed to human rights in the true sense because the prolonged existence of a gap between theory and practice plays havoc with human rights. That is the reason the UNO along with other countries could not reduce violence across the globe. We must be united with one clear narrative for the protection of human rights. There is a dire need of time to build a violence-free world. All countries should become staunch advocates of human rights by setting aside political opportunism and national interests for altruistic pledges.