It is to be seen what the CM does 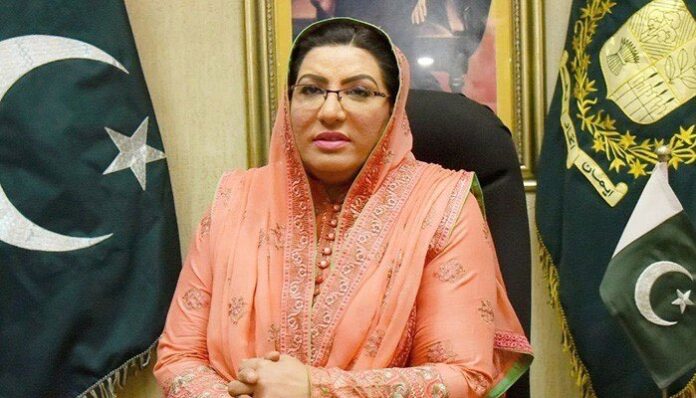 After seeing a video gone viral on the social media showing special assistant to the Chief Minister Punjab for Information Dr. Firdous Ashiq Awan misbehaving with a woman assistant commissioner at a Ramzan Bazar in Sialkot, I felt compelled to give my thoughts on the episode. My impression at the outset is that it was an act of extreme indecency by the SACM who, acting in her usual loose-cannon-like style— and perhaps motivated by the illusion that insulting a government functionary publicly would endear her in the eyes of the public— crossed all limits of civilized behaviour which a public figure is supposed to exhibit. However the move has backfired and rightly so. The social media is brimming with the strongest disapproval of her conduct.

I hope that Prime Minister Imran Khan, who is a well-meaning and honest person, would also take notice of this occurrence and issue directions to the party members to keep their tongues in control and be mindful of their limits while interacting with the civil bureaucracy

The street language used by her is condemnable in the strongest possible terms. If at all she felt some slackness on the part of the district administration in managing the bazar properly and ensuring the sale of quality stuff, she should have had a private discussion with the assistant commissioner and listened to her response with a cool mind. The assistant commissioner is known to be a brilliant officer and is reported to have received an award over her performance from the President.

I would appreciate the assistant commissioner for keeping her cool while insults were being hurled at her. The only reaction by her was to leave the place of confrontation. Later talking to the media she rightly said that this conversation could have been held in a civilized way also.

I also tend to salute the courage of the Chief Secretary Punjab Jawad Rafique Malik, who said that the uncivilized treatment meted out to an administrative officer in a Ramazan bazaar was condemnable. In a statement he said, “It does not suit anyone to humiliate government officials. The unethical language with any officer or staff is condemnable. Officers across Punjab were present in the field day and night for the convenience of the people which is highly appreciable. I salute the tireless work and courage of all officers working in the field,” Reportedly he has brought this incident into the notice of the Chief Minister. The solidarity expressed with his subordinate officer by the Chief Secretary is appreciable as it would not only erase the hurt that the officer might have felt over the incident but would also give her confidence in facing a similar situation with more sangfroid.

I am also a retired CSS officer and on several occasions have had to face awkward situations which I handled with confidence by politely telling my political interlocutor that he would be paid in the same coin if he crossed the limit of civility, and I am glad that my seniors invariably supported me knowing fully well that I was not in any way responsible for what had transpired between me and the political figure.  The red line is that no political leader has the right to insult the civil servant publicly whether the cause is right or wrong.

The Chief Secretary is right in appreciating and highlighting the work being done by the officers of the district administration. Managing Ramzan bazaars in such hot weather is indeed an arduous and treacherous undertaking.  At times things do happen which are beyond the control of the administration machinery and are attributable more to the unscrupulous behavior of the sellers at the bazaars or the intensity of heat. Particularly the condition of the fruits is badly affected by the heat. The assistant commissioner did try to explain to the adviser the reason for the rotten fruit at a stall and told her that such stuff was removed every day. But the adviser would not listen to her and kept shouting at her like someone shouts at a domestic servant.

Her behaviour must be condemned without any reservations by all who believe in human mannerisms and behavioral morality. It is indeed heartening to note that her behaviour has also come under criticism from within the party. SAPM Usman Dar has expressed concern over the incident, saying he knew the assistant commissioner personally and she was an efficient and competent officer. Maryam Nawaz has also added her voice to the condemnation crescendo by saying that the Chief Minister’s special assistant had no right to insult a civil officer, who reaches any administrative position after higher studies and passing the competitive exams and is not appointed through any selection. She also demanded that Dr Firdous Awan should tender an apology to the concerned assistant commissioner.

I really wonder why the ruling party gives so much importance and responsibility to such uncouth migratory birds like Dr Firdous Awan. She often loses her sense of proportion while having a swipe at the opponents of the government and uses street language which is jarring to the ears. As they say, a wise enemy is better than a foolish friend. She is surely like a foolish friend of PTI and its leadership. Her indiscreet convulsions about the opposition leaders are actually creating a bad impression about the government. Crying hoarse to vilify the opponents of the government using indecent language also reflects on the personality of the concerned individual. Her demeanour and her conduct never suggests that she is an educated lady holding an MBBS degree.

She also lost her place in the federal government for something which related to her undesirable and uncouth mannerism. Whoever manoeuvred her appointment as special assistant to the Chief Minister probably did not mean well for him.  I know for sure that when she was Minister for Information in the federal government, the officers of the Information Ministry hated her for her irrepressible propensity to throw her weight around unnecessarily. It would indeed be interesting to see what action the Chief Minister takes over this highly condemnable episode.

I hope that Prime Minister Imran Khan, who is a well-meaning and honest person, would also take notice of this occurrence and issue directions to the party members to keep their tongues in control and be mindful of their limits while interacting with the civil bureaucracy.