The problem with keto

And other fancy diets 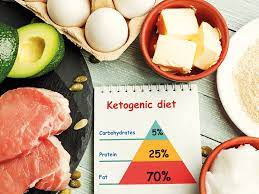 Healthy living is not a 100 m dash. It is a marathon. It is hard enough to watch your diet over a week. Then you must do it the next week as well. And the one after that… It is good to be knowledgeable about the science behind it and plan one’s diet accordingly, but no plan is a good plan unless it is sustainable. As a rule, the more extreme a diet plan, the more pronounced the short-term gains, and the less likely the regimen will continue into the third week.

What sustains the popularity of diets like keto is that they are all based on some undeniable truth. The bedrock of keto is the fact that carbs are the predominant factors behind obesity and consequent ills. There is no arguing with this. Where it becomes problematic is the focus on this one fact to the exclusion of everything else. The keto solution: instead of advising moderation in the use of carbs, they instruct their disciples to shun them altogether. The trouble is that there are other facts of life as well, and obsession with any one thing is seldom a wise policy.

Other groups – the vegetarians, the vegans, the high-protein-diet people – are guilty of the same thing. All base their reasoning on something undeniable, but end up ignoring everything else, in the process losing sight of the bigger picture. All these diets have this in common with the numerous -isms on offer: where these -isms take a narrow, distorted view of life, these diets take a narrow view of the human body.

To return to keto, unused carbs do get converted into fats, but there is more to carbs than that. Things like wheat and rice make you feel ‘full’ like few things can. The solution then is not quitting them but – surprise, surprise! – having them in moderation. That is one possibility the keto people seem to have overlooked.

When keto enthusiasts tell you to quit sugar, they could not be making morse sense. But when they forbid all but a handful of fruits declaring fructose to be even worse for the liver than glucose, they have clearly got carried away. Again, not necessarily because they are factually wrong, but because they forget that like everything else, fruits can be eaten in moderation. Fruits are sources of essential vitamins. True, vegetables have vitamins too, but only in their raw form. In the subcontinent, we tend to cook them so much that hardly any is left. Sometimes so much so that one cannot tell by looking at a dish what it is exactly. They taste great and provide the necessary fiber, but hardly any vitamins. It is here that fruits – in moderation – are so useful.

Of course, one could not agree more with the keto emphasis on raw vegetables. The problem is that it is rather hard to feel ‘full’ eating raw vegetables alone. The other recommendation – replacing carbs with meat – may be good for the weight, but it makes the kidneys do that much more work.

What these experts so often forget is that many of their instructions are easier issued than followed. After all, we are talking about ordinary mortals, who not only need to feel reasonably satiated when they sit down to eat, but who need occasional snacks as well. If you forbid them fruits based on some lofty philosophy, most of them are likely to go for far worse options.

The exotic food that the keto pros recommend in place of the things they proscribe is hard to find or is very expensive, or both. The ordinary man is too busy making a living to run after these items all the time. Avoiding obvious (and very avoidable) culprits like refined sugar, carbonated drinks, and deep-fried items (in summary, junk food); eating the rest in moderation; and taking light, regular exercise ought to be enough. And frankly, that is the most that can reasonably be expected of the ordinary man.

Of course, one could not agree more with the keto emphasis on raw vegetables. The problem is that it is rather hard to feel ‘full’ eating raw vegetables alone. The other recommendation – replacing carbs with meat – may be good for the weight, but it makes the kidneys do that much more work. It is hardly the smartest of ideas to ease one part of the body by subjecting another to overwork. Again, the need for taking a holistic, rather than a narrow, view of the human body.

Sheer ignorance is another reason why one must not go to extremes in diet. What with the complex machine that the human body is, nobody (yet) knows for sure what he is talking about. One doctor says eggs are bad for the heart because each contains 200 mg of cholesterol (fact). The other says that is hardly a problem because the body produces 3000 mg/day of cholesterol of its own (another fact). One set of weight experts prescribes having a ball inside a 2-hr window every day, eating nothing during the rest of the day. Other experts advise that eating one’s food in seven or eight meals instead of the customary three is the way to go. There is similar controversy regarding daily dose of baby aspirin for the elderly. With so much uncertainty, the only thing that can be said with any sort of confidence is that one must not go to any extreme.

Anybody who has studied the human body in any detail knows that it is so often the case that substance X is bad for blood pressure (say) but is good for the liver, or vice versa. Everything is inexorably intertwined with everything else. As a rule, therefore, it is not a good idea to overdo anything. Again, moderation appears to be one’s best bet – a truism that happens to be true.

Let there be no doubt that these fancy diets are effective. If one can stick to the impossible regimen, and one usually can immediately after a health scare or a visit to the doctor’s office, the results are tangible and immediate. The problem is sustainability, and any long-term effects in the rare case one is heroic enough to stick to them.

Healthy living is not something one does over the weekend and the battle is won. It is a lifelong activity, and it is extremely challenging as it is. It must not be made any harder.