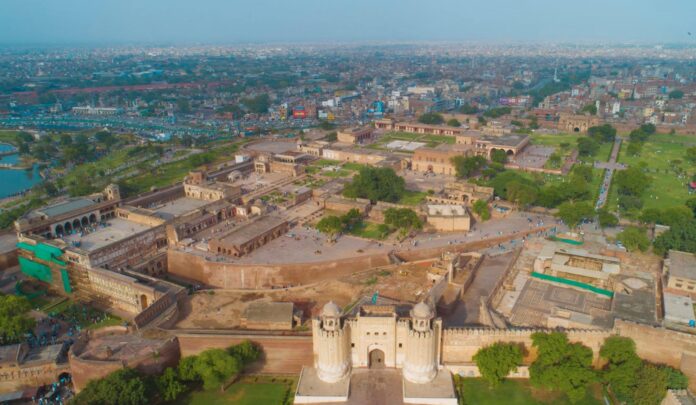 LAHORE: The Walled City of Lahore Authority (WCLA) has initiated the restoration of a ladies mosque located inside the Lahore Fort and would be completed in January 2022, Pakistan Today learnt on Saturday.

The historic ladies mosque is located at the corner of the Khilwat Khana courtyard at the fort and was meant for the royal ladies of the fort.

An official privy to the matter informed this scribe that the ladies mosque was a neglected site, left abandoned for ages due to which it was corroding. “Aging of the site also affected its deterioration and dilapidation”, the officer informed.

A tourist guide at the fort, Muhammad Irfan, said that a large number of tourists, as well as citizens, were unaware of the presence of a second ladies’ mosque in the fort.

“Many people do not know that there is a ladies mosque inside the Lahore Fort. They are surprised when we tell them during tours,” he said.

This was confirmed by Saleem Akhtar, a tourist, who said that he, despite visiting the fort several times and being a  Lahori, never knew of the ladies mosque. “I look forward to seeing the area in its restored glory,” he added.

WCLA Director Conservation, Najam Saquib, said the restoration work included repairing floors, pointing, lime plastering and structural consolidation of the walls for which an amount of Rs2.4 million has been allocated by the Punjab government.

The authority’s director of conservation promised that the place would be restored with international standards and expertise. “Like other monuments of the fort, this place will also be restored and illuminated,” he said, further expressing optimism and joy that very soon, all the monuments inside the fort will be restored to their original beauty.

Speaking to Pakistan Today, WCLA Director General (DG), Kamran Lashari, said that the project is a part of several ongoing conservation projects and it would be an essential addition to the beauty and glory of the fort.

“We are trying our best to improve and restore all dilapidated monuments inside the fort. We have successfully restored projects inside the fort including, the Royal Kitchens, Barood Khana, Musaman Darwaza, Makatib Khana, the Picture Wall’s western side, Deewan-e-Aam and many others. Now, we are speedily moving on with more conservation and restoration projects inside Lahore fort,” Lashari commented.

It may be mentioned here that WCLA’s projects have been very appreciated by many heritage experts.

LAHORE: People from different walks of life have expressed concern over the construction of an underground drain water tank by the Water and Sanitation...
Read more
CITY

June 19, 2021
TEHRAN: Congratulations poured in for ultraconservative Ebrahim Raisi on Saturday on winning Iran's presidential election as his rivals conceded even before official results were announced. The...