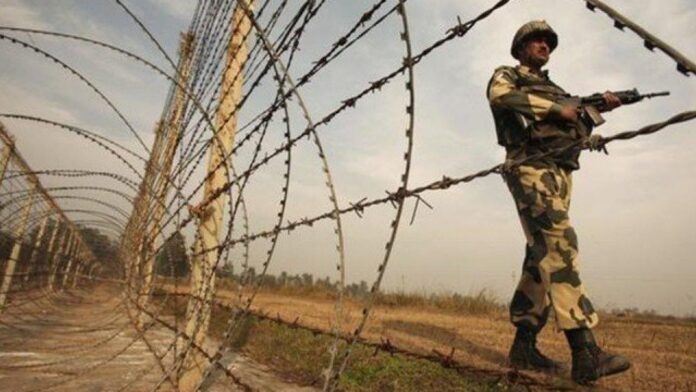 ISLAMABAD/NEW DELHI: In a rare move, Pakistan and India have agreed to strictly observe the 2003 ceasefire agreement at Line of Control (LoC), the de facto border between the arch-rivals in the disputed region of Kashmir, and other agreements, Radio Pakistan reported.

The director generals of military operations (DGMOs) of the two countries reviewed over a hotline the situation along the LoC and all other sectors in a “free, frank and cordial atmosphere” on Thursday morning, Inter-Services Public Relations (ISPR) said in a statement.

“Both sides agreed for strict observance of all agreements, understandings and cease firing along the [LoC] and all other sectors, with effect from midnight [on Friday],” read the statement.

The Muslim-majority Himalayan region has been at the heart of more than 70 years of animosity since the Partition in 1947. Artillery, rockets, and even small arms fire have been regularly exchanged between troops on opposite sides of the border, killing hundreds since the ceasefire was signed.

Tensions were exacerbated in August 2019 when India revoked the autonomy of occupied Kashmir. The diplomatic relationship worsened further as New Delhi and Islamabad each ejected half of its neighbour’s diplomats.

The statement pointed out that in the interest of achieving “mutually beneficial and sustainable peace” along the borders, the two DGMOs agreed to address each other’s core concerns which have the propensity to disturb the peace.

The two armies agreed on “strict observance” of all agreements, understandings, and cease firing along the LoC and all other sectors with immediate effect from the night between February 24 and February 25.

“Both sides reiterated that existing mechanisms of hotline contact and border flag meetings will be utilised to resolve any unforeseen situation or misunderstanding,” the statement added.

Last summer, the two armies were locked in their most frequent cross-border fighting in at least two years, amid surging coronavirus outbreaks.

Talking to a news channel, ISPR director general Maj Gen Babar Iftikhar said: “There have been contacts between India and Pakistan on a hotline level since 1987. Frequently, the DGMOs of both countries stay in contact through this established mechanism.”

He said that from 2014, there was a spike in ceasefire violations along the LoC.  But both the DGMOs have agreed that the existing 2003 understanding should be implemented in letter and spirit, he said.

Both officials have agreed on making it sustainable and have expressed the intention to act on it, he said, recalling that there have been more than 13,500 ceasefire violations since 2003 which have claimed the lives of 310 citizens and injured 1,600.

He said that there is a great difference in the number of ceasefire violations and casualties between 2003-2013 and after 2014.

In 2020 alone, Indian small arms, and mortar fire and artillery shells killed at least 28 civilians and wounded 257 more in Azad Jammu and Kashmir (AJK), according to a Foreign Office (FO) count.

“92 per cent of the figures shared occurred between 2014 and 2021,” Gen Iftikhar said, adding that 49 women and 26 children have been martyred in the last four years.

The chief military spokesperson recalled that 2019 witnessed the most ceasefire violations while 2018 had the most casualties. “After the understanding between the two countries, it has been agreed to implement the 2003 ceasefire in letter and spirit,” he said.

It remains unclear what prompted the two militaries to initiate the development, but Pakistan has been urging the international community to urge India to resume dialogue with it to ensure lasting peace in the region.

In January, Foreign Minister Shah Mehmood Qureshi, in an interview with Al Jazeera, had said the “onus” of resuming talks was on India, demanding that illegal measures of August 2019 that New Delhi had taken in occupied Kashmir be reversed.

An official in New Delhi said the cessation was partly aimed at easing the fraught situation for civilians living along the border, who are regularly caught in the crossfire.

“We are cautiously optimistic that the violence levels and tensions along the LoC will come down,” the official said, declining to be named because of the sensitivity of the matter.

But India will not ease up on deployments along the LoC that aim to stop infiltration or counterinsurgency operations in the Kashmir valley, the official said.