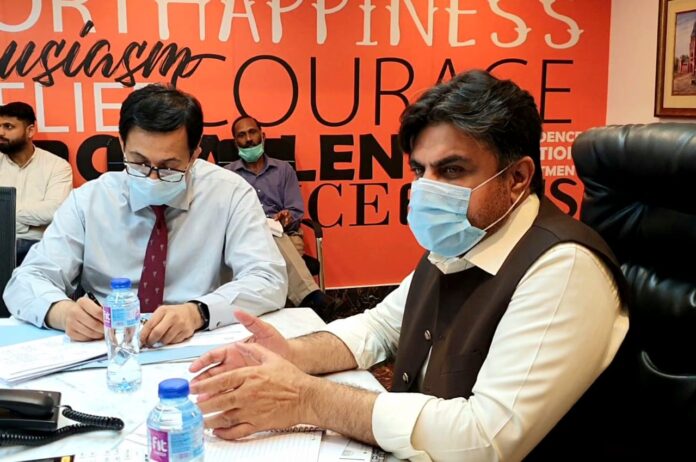 The minister also directed to identify the land in the city for establishing new petrol stations and expression of interest should be flouted for petroleum marketing companies to run these petrol stations.

Syed Nasir Hussain Shah gave these instructions while presiding over the first meeting of a committee formed to explore the new avenues for revenue generation for Karachi Metropolitan Corporation on Wednesday.

Syed Nasir Hussain Shah added that no new tax would be levied nor any increase would be made in existing taxes. He was of the view that the tax collection system should be made transparent and it must be ensured that all the revenue should go to the government exchequer instead of any one’s pocket.

The minister said that KMC and District Municipal Corporation (DMC) could resolve the issues of pension and dues of employees by increasing the revenue generation and proper utilization of their assets.

During the meeting, the minister spoke with the Senior Member Board of Revenue Qazi Shahid Pervaiz and directed him to make the transfer of properties in the city conditional to the clearance of Municipal Utility charges and no property should be transferred without clearance certificate of KMC.

He also directed that the charges collection of commercial establishments should be outsourced in the first phase so as to achieve a 100 per cent collection target. The minister has sought details of litigation along with a period of pendency against KMC within three days and issued an order for the suspension of the KMC law director.

He advised hiring the services of reputable law firms to end litigations, due to which KMC was bearing billions of loss of revenue. The minister said that expenditure of law firms would be borne by the Sindh government.

The Minister added that a legal bottleneck should be removed to increase the rent of 11 exiting petrol pumps of KMC. He said that two or three markets should be selected out of 71 KMC’s markets for preparing a proposal on a public-private partnership model.

He was a view that a survey should be conducted to find out the exact number of shops and other properties of the KMC. The minister said that proposal also should also be prepared for the grant mall/plaza on the 100 quarters located near the glass tower with a substitute abode in the aforementioned model.

The minister also directed to utilize the Fiazi Rehman Auditorium located near the Arts council of Pakistan and dispute on Saddar Parking Plaza between KMC and KDA should also be sorted out within a week.

“Karachi Metropolitan corporation owns valuable assets, the need is to utilize them in a proper way,” the minister concluded.