Why the anxiety for an open ballot in the Senate?

The chairmanship is in the balance 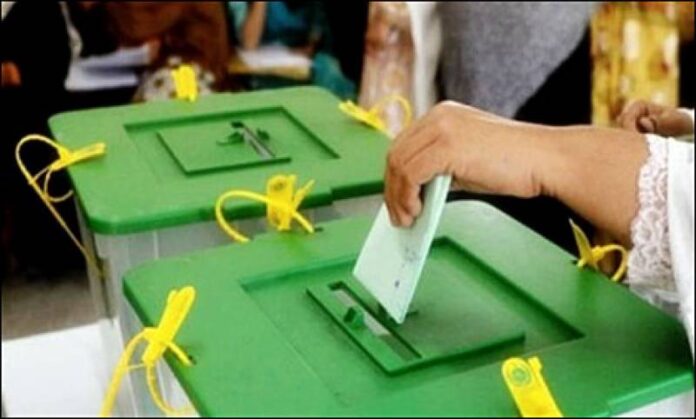 The Senate elections have entered their final phase to hit a sixer on a full toss after the Prime Minister was reportedly assured of votes by those parliamentarians not happy at the manner in which Senate tickets were granted to some who were yet not enrolled as members of the ruling PTI. This has relaxed the party boss for the time being, but still the role remains of a bankers’ mafia in the politics of Pakistan. On February 14  and15, when nominations for Senate were to be submitted, it is a strange coincidence the International Monetary Fund also announced revival of the EFF package for Pakistan and promised to release a tranche of $500 million for the  current year, while Dr Hafeez Sheikh was filling his nomination papers in the Election Commission as the PTI nominee, amid strong rumours perhaps of becoming the next Chairman.

This revives memories of the Musharraf era when Hafeez Sheikh was Privatization Minister, and Mohammadmian Soomro, ex-country head of Bank of America, was first appointed Governor of Sindh, then brought in as Chairman Senate, an office very important because the incumbent becomes President of Pakistan whenever the President is out of country, and is not required to take a fresh oath as it is already given in his oath of office as Chairman to act as such during the absence of the President from the country.

When less than two weeks left to the election, instead of wasting time and energy the PTI could better utilize this time in streamlining the more agitating issues of sky-rocketing of prices of daily consumer goods, eliminating corporate culture from economic activities, banning the import of the world’s surplus and the phenomenal growth of supermarkets in streets of major cities, causing our cottage and small industry and vendors all to haemorrhage, withdrawing GST on consumer goods and eatables, and trying to evolve an Islamic social justice programme instead of pitching people against each other and developing national consensus to create greater national harmony and unity

Our politicians and legal minds didn’t bother when President Ghulam Ishaq Khan was made to resign along with the Prime Minister in 1993. Then Senate Chairman Wasim Sajjad assumed the responsibility of Interim President of Pakistan along with Moeen Qureshi as Interim PM without taking a fresh oath required for interim arrangements, and then he also claimed the privilege of importing a duty-free Mercedes Benz, which a duly sworn in President could claim as matter of right.

the players of the great game know the placement of pawns on their chessboard well, hence thinking minds keep an eye on induction or placement of personS as Finance Minister or Chairman Senate.

Prime Minister Liaquat Ali Khan’s blunder was choosing a bureaucrat, Malik Ghulam Mohammad, as his Finance Minister, who had the audacity to accept US demands without Cabinet consent, and which had been already refused by his Prime Minister during his state visit to the USA. Till 1972 Pakistan had a unicameral legislature, until in 1973, in the new Constitution, Prime Minister Zulfikar Ali Bhutto, aided by Mian Mehmood Ali Qasuri and later Abdul Hafeez Pirzada, introduced a bicameral legislature, and the institution of a Senate was introduced. Since then the Chairman Senate comes second to the President. This parallels the US Constitution, where the vice-president, who is elected along with the president, chairs the Senate.

The PDM alliance has fielded Yousaf Raza Gilani for the only seat from Islamabad, against Hafeez Sheikh, who has served as a minister in his cabinet. This selection of the PDM has created a storm in the PTI’s cup of tea, creating doubts about the allegiance and morality of the electoral college voters for the Islamabad seat, being members of the National Assembly.

A confused PTI has requested the Supreme Court to give opinion on the desire of Prime Minister Imran Khan to weed out the sale and purchase of votes in elections, which has been going on for more than three decades by establishing transparency just few weeks before the Senate election to obtain the desired results, while this was known to all.

Video clips were leaked recently about PTI MPAs from KPK seen busy in transacting this sale, and if Imran Khan had been a little serious about this, should have brought consensus in Parliament as he did on many other occasions last year. Since the Constitution’s Article 226 is abundantly clear about holding a secret ballot for all elections, this law doesn’t need any interpretation, and there is no alternative to amending the Constitution by Parliament according to law.

Hypocorisy of the ruling party can be seen in news appearing on media that Dr Hafeez Sheikh and the PTI has again requested Mr Jahangir Tareen to help the PTI in Senate elections He is known for using aircraft to muster support in elections in Punjab and Baluchistan. Where has transparency and accountability gone?

Our past history is full of defiance of vote against party-nominated candidates, after 1985 when no financial tags were attached as is the case now, and Prime Minister Imran Khan is on record for taking disciplinary action after the discovery of horsetrading in PTI in KPK in 2018, while the timing of leaking videos and projection on TV talk-shows gives birth to doubts about free and fair elections on March 3rd. The PDM nominee Yousaf Raza Gilani’s candidature has created a stir in PTI while the PTI and PDM developed consensus on the technocrat seats in Senate from Punjab where Azam Nazir Tarar and Ali Zafar got elected unopposed, as well as the women’s seats, while the exchange of allegations between them is going to the extent of hitting below the belt, also under command of their party heads.

The PDM candidate Yousaf Raza Gilani was first appointed a Minister of State along with Tasneem Nawaz Gardezi in the 1980s, when PNA leaders had sold their conscience and joined military dictator Ziaul Haq’s cabinet including PML (Pagaro) Secretary General Mr. S. M. Zafar (Ali Zafar’s father). Pir Sahib’s party had negotiated a major share with five federal ministers and then he remained Housing minister in the Junejo government. In 1988 hw joined the PPP, and became speaker of the National Assembly in 1993. Then again as a result of NRO, when PPP won the elections, he was sworn in as PM to lead the PPP government in 2008. Even at that time country’s financial health was in bad shape, and the PPP agreed to appoint Ishaq Dar as the finance minister and immediately after taking oath of office, he rushed to Washington to negotiate a fresh deal with the IMF to save the country from A near-default situation inherited from General Musharraf’s bad governance, who till then was unaware of his impending fate and was still there as President of Pakistan.

Now when less than two weeks left to the election, instead of wasting time and energy the PTI could better utilize this time in streamlining the more agitating issues of sky-rocketing of prices of daily consumer goods, eliminating corporate culture from economic activities, banning the import of the world’s surplus and the phenomenal growth of supermarkets in streets of major cities, causing our cottage and small industry and vendors all to haemorrhage, withdrawing GST on consumer goods and eatables, and trying to evolve an Islamic social justice programme instead of pitching people against each other and developing national consensus to create greater national harmony and unity.

Ali Ashraf Khan
The writer is a freelance columnist