The open secret why health is poor 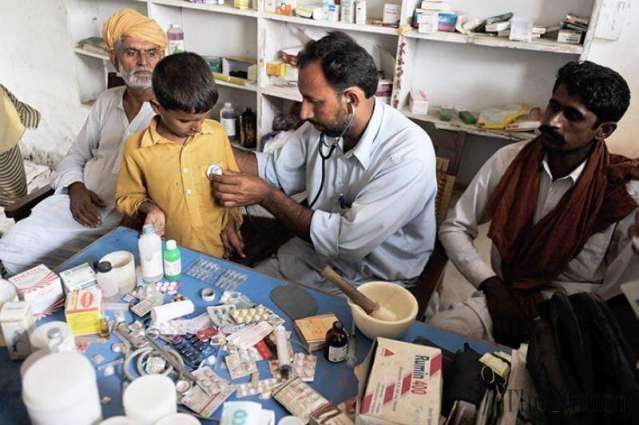 On the one hand, the people of Pakistan are in dire need of adequate medical facilities while on the other hand, due to rising inflation, there is no food to feed them or shelter to cover their heads, but if you look at the lifestyle of the country’s elite, it feels like that this country is made only for the elite, and there are no such facilities available to the people in this country from education to health and there is a shameful situation in terms of health across the country while hospitals in Punjab are becoming a hotbed of problems.

Not only do patients face difficulties due to lack of facilities, but many patients also lose their lives. Despite the announcements and claims of billions of rupees worth of projects by the provincial government, government hospitals seem to be deprived of basic services.

There is no doubt that health is a basic right of the people of any state and the government strives for a healthy society. However, despite all the efforts, the condition of hospitals in Punjab, especially in Lahore, remains the same. In particular, the machinery and valuable biomedical equipment of pathology laboratories in hospitals and health centres run by the Primary and Secondary Healthcare Department have become inoperable due to administrative negligence and untrained staff.

The provincial government HAS BEEN significantly increasing the budget of the Health Department every year but due to corruption and bureaucratic negligence, the fruits of the budget increase are not reaching the general public. Corruption and administrative negligence in the Health Department has led to the receipt of 2,106 complaints against it in 2020. Even if medicines are procured for the public, complaints of their being substandard and delayed are common. It is the result of administrative negligence and corruption that the Health Department has failed to run even the primary health centres through private individuals. With the unfair use of government vehicles, there have been cases of misappropriation of budget and now in government hospitals, the issue of dilapidated equipment and inexperienced staff is coming to the fore.

It is unfortunate that in our country claims are made to the following of merit, but even the merits are blown by the claimants. The Health Department is full of recommendationS and political recruitment, corruption is common and all attempts to prevent it have failed. This is because the talented people are being pushed into private hospitals while incompetent people are holding high positions in government hospitals. The provincial government has spent hundreds of millions of rupees in the name of upgrading hospitals. Many steps have been taken to clean up the hospitals with open spaces but no significant results have been achieved. However, the provincial government is not ready to give up its claims to improve the health sector.

All the claims of the Punjab government to improve the lives of the people have their place, but the people are right in showing the mirror to the Punjab government, whether it has really succeeded in providing basic health facilities to the poor through the health card. Is the guarantee of standard treatment only in brick buildings or does it require modern equipment and hardworking staff recruited and posted on merit? There is no doubt about the goodwill of Punjab Chief Minister Usman Buzdar but his Minister of Health and the courtiers are proud to show that everything is fine by making false statements. Has any courtier ever bothered to think how many health professionals are needed for a certain number of patients? Why is it necessary to put four patients on one bed in government hospitals? Are the wards sterile? Even health professionals travelling abroad at government expense will never be able to come back to Pakistan and tell us what the infection control system is like in hospitals abroad. Our government hospitals do not have a regular infection control system. Many patients suffer from secondary infections after surgery but no such report has ever been made public.

Unfortunately, from the wards of our government hospitals to the operating rooms and medical laboratories, they are still in a state of 35 years ago, and also the number of health professionals and related staff is the same and there is no worthwhile effort being made to innovate, nor is there any such plan in the Health Department’s manifesto.

How long will the verbal claims to improve the Health Department continue? The government will have to take some practical steps to build new third-tier hospitals in cities to reduce the burden of providing quality treatment to patients on existing hospitals, as well as update existing government hospitals, medical colleges and government medical laboratories. infection control systems attached to these medical laboratories should also be set up, as well as the diagnostic system for the public be improved, so that patients do not have to wait for six months to a year for A diagnosis and any test. The Health Department is ranked fourth in the country in terms of mismanagement and corruption, and health department contractors desperately need to consider this. It is better that the government pays attention to the state of             the Health Department and appoints competent and honest people to important posts, so that corruption in the department can be eradicated and better medical facilities can be provided to the people. This is the basic right of the poor people and the need of the hour according to the requirements of the present time, but it remains to be seen how seriously the present government will take practical steps to meet this need.