When language skills are used to mock 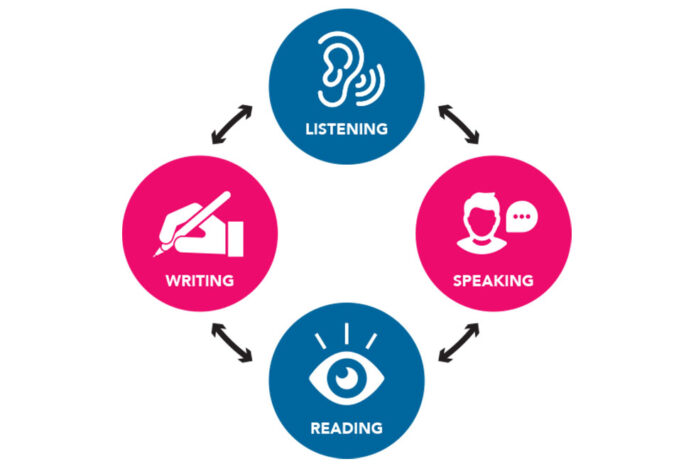 We as a society respect language fluency, skin colour, crispy accents and walking brand labels, but not people in general. With the exit of Britishers, it was assumed that English language would go to its native soil soon. But the deep roots which English language has struck into our soil, were hard to be shaken. Unfortunately, we were unable to nip the anticipated Gordian knot in the bud.

Recently, a video went viral where two women (owners of a high-end restaurant) were making fun of their manager’s bad English. They were giving him the short end of the stick just because they were “bored”. Their loathsome tone of emetic arrogance shows how we all live under the same roof but experience different weathers. The way these women presented their mentality, explains why tarbiyat (training) is equally important as taleem (education). Morality and empathy are values that small minds are never able to grasp.

Our slavery to the foreign language has always been an issue. Judgements are destructive. Making fun of people has become our survival instinct. Whether it’s Meera, Umer Akmal or Awais; we enjoy degrading people.

We Pakistanis are drifting away from our roots. The white man’s tongue has become a language of the elite and a desire of the middle class. On the other hand, countries like Japan, Russia, China, Spain use their own languages

Speaking fluent English is considered to be a mark of privilege and status in our part of the world. What happened with Awais (cafe manager) happens with almost everyone who does not know how to speak in English and unfortunately, this happens in our schools, colleges, universities and even our workplaces. Those who know how to speak English get all the privileges while others get ignored despite all their good work. Those two restaurant owners reflect our deeper and darker conscience in one way or the other. We ourselves are oftentimes guilty of feeling that sense of superiority when we speak English better than others in our classrooms and workplaces. We are the reason why those women had the courage of videotaping the manager and making fun of his English. We are a part of the problem and need to show ourselves a mirror before playing our national game of pointing fingers.

English language is no measure of manners, and had it been the case, the Cannoli women would not have behaved so wretchedly. English is considered to be a global language and this is the reason why mocking comes with it. We are living in a diverse age which prepares us to survive in this era of globalization. English or any other language is not a criterion of someone’s intelligence. If English solely was a presage of intelligence then, the Japanese, German and Chinese would have never jumbled the world with their revolutions.

In our country, the powerful and the so-called emerging affluent speak English, then the poor and weak try to emulate them. This practice has increased the toffee-nosed in our society. The high esteem of English is because we have been ignoring our own language for a long time. We have told our younger generation that English alone can provide them with respectable class, job opportunities and social status. Our society’s obsession with eminence has shaped our attitude towards the English language. The idea that delicate English defines a person’s social status dates back to the eccentric customs of colonial times when British schools and education was available only for those with pro-British views. There was a time in history when Urdu was considered the language of the elite, and before that Persian was the language of nobles, but things shook up. Now, we are ashamed of our own language, be it Urdu, Punjabi, or Saraiki. If we make mistakes while speaking our native language, no one will even notice but if we use incorrect English, people will treat it as an offence. The same thing happened with Awais which has definitely touched a raw nerve within many of us.

We Pakistanis are drifting away from our roots. The white man’s tongue has become a language of the elite and a desire of the middle class. On the other hand, countries like Japan, Russia, China, Spain use their own languages. Sports stars like Ronaldo and Messi feel comfortable in communicating in their native languages and do not get judged. But our cricket stars Sarfraz and Umer Akmal get pilloried for not being fluent in English. We need to get over this colonial hangover. The basic purpose of language is to verbally communicate. Attaching notions of status, wealth and intelligence with any language would lead to segregation among us.