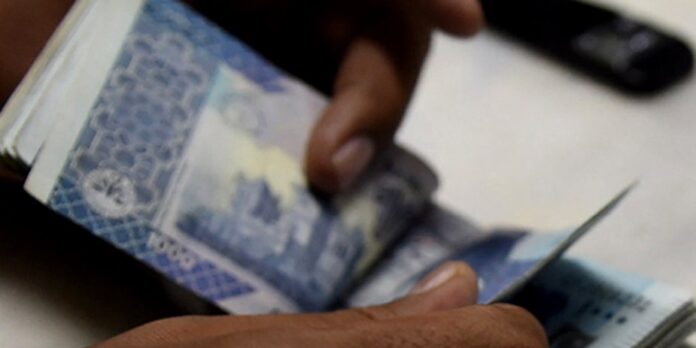 ISLAMABAD: The opposition leaders expressed their displeasure on Thursday after Pakistan fell four spots on the Corruption Per­ce­ptions Index (CPI)

Pakistan People’s Party (PPP) leader Senator Sherry Rehman said that this update raises questions about the government’s performance as the drop came during the rule of the Pakistan Tehreek-e-Insaf (PTI).

She further added that Prime Minister Imran Khan’s claims of ending corruption had been a lie and that the PTI’s “focus is on NAB and the government’s political opponents, not corruption”.

Moreover, PPP Parliamentarians Secretary Information Shazia Atta Marri said that in the past, PM Imran used to wave transparency reports but not has lost all right to cite those sort of sources.

“How many references did the NAB make on the corruption of the federal government that has been going on for the last two-and-a-half years?” she asked, questioning the premier’s moral legitimacy.

In an attempt to retort to these accusations, Special Assistant to Prime Minister of Pakistan on Political Communication Dr Shahbaz Gill said that the data used in the report by Transparency International (TI) was based on outdated information.

He claimed that this report referred to the corruption caused by the previous government.

He gave an example of the World Bank data cited in by TI which has been published in 2017. He said that this means the data for a 2017 publication must have been collected before 2017. He showed another data source from 2018.

Pakistan ra­nk­ed 124 out of 180 countries on the CPI 2020 released by TI on Thursday, slipping four spots from the previous year’s place despite increased anti-corruption efforts.

The country is among 22 nations, including Lebanon and Bosnia and Herzegovina, that saw their scores decrease on the index.

Neighbouring India, Iran and Nepal lost one point. Afghanistan’s improved its position by gaining 3 points and Turkey by 1.

The CPI ranks 180 countries and territories by their perceived levels of public sector corruption, drawing on 13 expert assessments and surveys of business executives.

Since its inception in 1995, the CPI, the organisation’s flagship research product, has become the leading global indicator of public sector corruption. The index offers an annual snapshot of the relative degree of corruption by ranking countries and territories from all over the globe.

“Like previous years, more than two-thirds of countries score below 50 on this year’s CPI, with an average score of just 43,” the report said.

Many developed countries, including Canada, Fra­nce, the United Kingdom and Denmark, have scored less than last year, though Denmark attained the first rank on CPI 2019, losing the spot to New Zealand this year.

“The lack of real progress against corruption in most countries is disappointing and has profound negative effects on citizens around the world,” said Patricia Moreira, managing director of Trans­parency Interna­tional.

“To have any chance of ending corruption and improving peoples’ lives, we must tackle the relationship between politics and big money. All citizens must be represented in decision making.”

Countries in which elections and political party financing are open to undue influence from vested interests were less able to combat corruption, an analysis of the results found.

“Frustration with government corruption and lack of trust in institutions speaks of a need for greater political integrity,” said the organisation’s chairperson Delia Ferreira Rubio.

“Gov­ernments must urgently address the corrupting role of big money in political party financing and the undue influence it exerts on our political systems.”