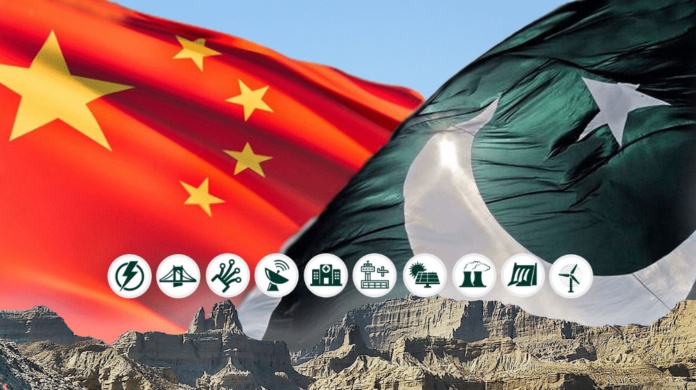 ISLAMABAD: Pakistan and China Wednesday agreed to formation of a joint Parliamentary Committee comprising of members from Pakistan’s Parliament and National People’s Congress of China for effective oversight of China-Pakistan Economic Corridor (CPEC).

The agreement was reached upon during a virtual meeting between Speaker National Assembly Asad Qaiser and National Peoples Congress of China Chairman Li Zhanshu.

The virtual meeting is first high level contact between the two presiding officers after the breakout of Covid-19 pandemic.

During the meeting, the NA speaker was accompanied by Deputy Speaker Qasim Khan Suri, CPEC Committee Chairman Sher Ali Arbab, Foreign Affairs Committee Chairman Ehsanullah Tiwana, Pak-China Friendship Group Convener Noor Alam Khan and other members of the NA whereas the NPC chairman was accompanied by NPC deputy chairman and chairmen of the Committees on Foreign Affairs and Law.

Qaiser said that Pakistan considers China its closest friend, staunchest partner and an iron brother. He said that consistent progression in the relations exemplifies a unique model of brotherhood. He congratulated his Chinese counterpart on 71st anniversary of Sino-Pak diplomatic relations and Chinese New Year.

He also said that Kashmir being the bleeding wound on the map of the world needed international attention for mitigation of miseries of Kashmiri people and fulfilment of international commitment. He added that China’s equivocal support on Kashmir issue is valued by people and government of Pakistan.

Zhanshu said that China considers Pakistan its iron-brother and a closest strategic ally. He said that China would always stand by Pakistan for its defence and maintaining territorial integrity.

He also said that Covid-19 was devastating for China as well as the world, however, the support of Pakistan, especially the parliament, had boosted the Chinese moral to fight that disease. He assured the speaker that provision of covid-19 vaccine was the top priority of the Chinese government.

Speaking about CPEC, the NPC chairman said that CPEC was of utmost importance for the economies of both the countries. Referring to the instances of terrorism in the region, underlined the need for security of CPEC to keep it moving on right track.

Paying special gratitude to the Qaiser, he said that his support for establishment of special economic zones (SEZs) under CPEC earlier as the speaker of Khyber Pakhtunkhwa (KP) Assembly and later as NA speaker had been exemplary. He said that Gawadar port and other projects under CPEC would play an important role in economic development in Pakistan.

The NA speaker said that CPEC was undoubtedly lifeline for economic development of Pakistan and mechanism had been devised for ensuring security of the CPEC projects. He said that any attempt to disrupt activity under CPEC would not be tolerated.

He said that activity under CPEC had gained momentum and the Rasakai SEZ would be functional soon which would generate economic activity besides providing employment particularly in KP and the country in general. The speaker proposed a joint parliamentary committee comprising members from Parliament of Pakistan and National People’s Congress for effective oversight of the CPEC projects.

Both leaders agreed for enhancing parliamentary cooperation through interaction at standing committees level as well as Parliamentary Friendship Group. Qaiser said that the legislative interaction should continue virtually till the covid-19 disease had fizzled out.

They agreed for an interactive virtual Meeting of members NA and National People’s Congress in commemoration of the 71st anniversary of Pakistan-China diplomatic relations. They also reiterated invitations to each other to visit Pakistan and China at their convenience.