Senate deputy chairman claimed that NAB chief was being blackmailed by a woman, and advised him to come in front of Senate 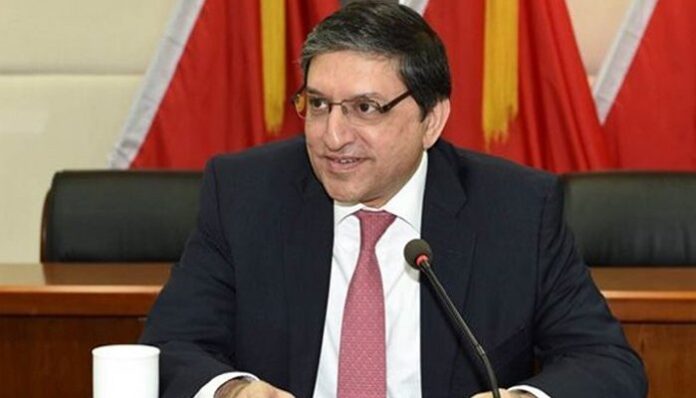 Senate Deputy Chairman Saleem Mandviwalla on Monday claimed that the chairman of the National Accountability Beauru (NAB) was being blackmailed by a woman named Tayyaba, and advised him to come in front of the Senate “and tell us who is blackmailing you”.

Mandviwalla said that videos of the woman had been leaked before and further claimed and he had “seen messages and heard recordings”. He advised NAB Chairman Justice (r) Javed Iqbal to come clean now, as once he no longer holds his post, his situation could worsen.

“You cannot stay NAB chairman for your entire life, who will stand with you when you retire? No one, and then you will be blackmailed a lot more,” he said.

The deputy chairman, who has been running a crusade against the “blackmailing” tactics, of the anti-graft body, said that is was “interesting that until now every other person was subjected to a media trial but for the first time, NAB’s media trial is taking place”.

“Politicians are smeared every day; it has no effect on us and we will face it, but people cannot tolerate. People are committing suicides, leaving the country and they are worried news about them being issued a NAB notice will be run any moment,” he said, stressing that the government needs to step in to stop the watchdog’s “mud-slinging”.

“Now we will hold the trial of every NAB officer by name in the media,” he said, adding that the more people join up against NAB, the longer the trail would continue.

Terming the fake accounts case a “big drama”, Mandviwalla questioned how an account could be fake if was opened in a bank, saying, “there can be fraud or identity theft, but there can’t be a fake account.”

Adviser to the Prime Minister on Interior and Accountability Mirza Shahzad Akbar, in reply to Mandviwala, said that only Sajjad in 2004 and Razzaq Bhatti in 2014 had died while in physical remand of NAB.

“It is wrong to give the impression that something has happened recently,” he said, adding that while retired Brig Munir’s suicide was “unfortunate”, it was inappropriate to link it with NAB unless a probe established the same.

“Why are the deaths from 2004 and 2014 being made relevant now? Is that relevance because a member [of the house] was issued a notice or freezing orders were issued by the accountability court? So these things should be looked at holistically.”