Indian opposition parties called on Monday for an investigation into chat messages from a top TV anchor that they said showed prior knowledge of air strikes carried out by Prime Minister Narendra Modi's government against Pakistan in 2019. 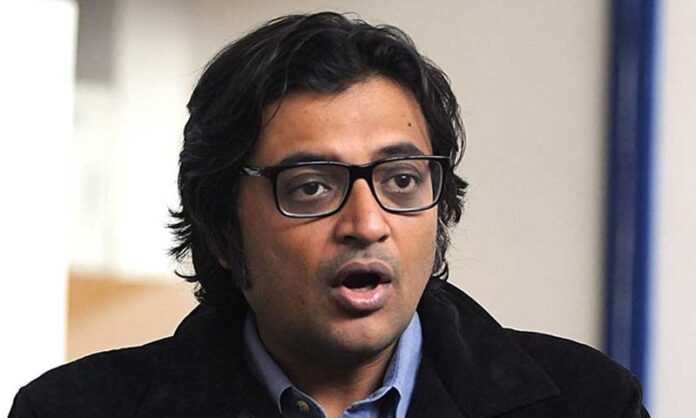 Indian opposition parties called on Monday for an investigation into chat messages from a top TV anchor that they said showed prior knowledge of air strikes carried out by Prime Minister Narendra Modi’s government against Pakistan in 2019.

Arnab Goswami, editor-in-chief of Republic TV network, told the head of a TV ratings agency that India would launch a “bigger than a normal strike” on Pakistan — three days before Indian jets trespassed into Pakistani territory and dropped their payload in Balakot,

The intrusion brought the two nations to the brink of war.

“On Pakistan, the government is confident of striking in a way that people will be elated,” a transcript of the messages sent by Goswami said. “Exact words used.”

The messages, reported by Indian media and seen by Reuters, are part of a charge-sheet filed by police in Mumbai investigating alleged fixing of ratings by Republic TV — charges the network denies.

Goswami denied prior knowledge of the air strikes, which were carried out weeks after an attack on an Indian paramilitary convoy in the Pulwama district of Indian-occupied Kashmir.

“India’s intention to hit back at Pakistan after the Pulwama attack was an officially stated position,” he said in a statement released by Republic.

“There was no doubt in any nationalist Indian’s mind that we would hit back,” he added, accusing opposition parties of acting as a “mouthpiece” for Pakistan.

Spokesmen for India’s defence and foreign ministries did not immediately respond to requests for comment on the transcripts.

Republic has often adopted positions supportive of the Modi government and Goswami is known for his aggressive attacks on the opposition in his prime-time nightly programme, one of the country’s most watched.

India’s main opposition Congress party, as well as Shiv Sena, a regional party that governs Maharashtra state where the TV channel is based, have both called for a government inquiry into the messages.

Shashi Tharoor, a Congress lawmaker, said the messages required “serious inquiry” by the Modi government, which has made national security a top priority.

Commenting on the transcripts, the Foreign Office in Islamabad said on Sunday the messages showed the strikes were engineered to coincide with a general election that Modi won by a landslide a few months later.