Yemen Government has Tough Road Ahead

There are many challenges ahead 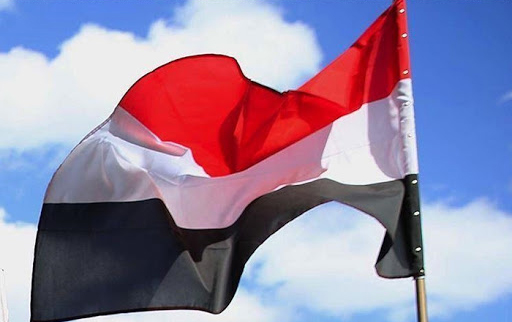 Multiple explosions rocked the Aden International airport shortly after an aircraft landed carrying the newly formed cabinet of the country’s Saudi-backed government. Dozens of casualties were reported and the Yemeni government blamed Houthi rebels for this attack. Recently a power-sharing government was announced in war-torn Yemen consisting of 24 ministers including representatives of the separatist Southern Transitional Council (STC), which is backed by the UAE and Yemeni government headed by President Hadi. Prime Minister Dr Maeen Abdulmalek Saeed was reappointed to head the new cabinet. The unity agreement comes as the Houthis have consolidated control over most of Yemen’s north, with the exception of the oil-rich area of Mareb. It also comes just ahead of the swearing-in of US President-elect Joe Biden, who has promised to end Washington’s support to the Saudi-led military coalition. Under the supervision of the Saudi de-escalation committee in Yemen, hundreds of military troops from the former government and the STC departed contested areas in the southern province of Abyan. Military units also withdrew from Aden and were redeployed in battlefields with the Houthis. The formation of this government which is based now in the temporary capital Aden is definitely a positive sign and this was one of the major demands of Yemen civil society. Also, it’s being seen as a unification of all anti-Houthi forces.

An unstable and war-torn Yemen will remain a haven for terrorist groups like Al Qaeda in the Arabian Peninsula (AQAP) and the Islamic State of Iraq and the Levant (ISIL). Also prone to Iranian manipulation. Hence all the world and regional powers should support the new government with all their means, so that this government is able to bring security and stability to this war-torn country

But the newly formed government of the poorest country in the Middle East faces towering political, security, and economic challenges. They include:

Humanitarian crisis: The imminent threat of famine has made the majority of Yemenis dependent on some form of aid for survival, a situation the United Nations calls the world’s worst humanitarian crisis. According to a recent report of UNICEF some 80 percent of the population needs humanitarian assistance, including more than 12 million children. Also, public health experts warn that the covid-19 pandemic may have significant negative effects on Yemen’s vulnerable population. To date, most humanitarian agencies believe that the extent of the outbreak in Yemen has been under-reported.

Crumbling Economy: Yemen is facing unprecedented economic and financial challenges, precipitated by the intensification of conflict since September 2014. The economy has also been hit by inflation, with Yemen’s currency is being traded at approximately 750 against the US dollar in the government-controlled areas. That has placed many essential goods out of reach of common people as Yemen imports 90 percent of its staple food. Trade has nosedived and investment is almost non-existent. Hydrocarbon production, which used to be 125,000 barrels per day before the start of the conflict and accounted for 90% of exports in 2015, is expected to continue to decline.

Political Instability: For the time being it seems that all the anti-Houthi forces. That is, the government headed by President Abd-Rabbuh Mansur Hadi, the southern separatist STC, and the main Sunni Islamist party Islah are united and part of the new government. But to balance a decentralized federalist state that provides equal degrees of autonomy and resource sharing to southern separatists, northern tribes, and other traditionally independent regions in Yemen will be a tightrope walk. Any Yemeni national leader should be capable of “dancing on the heads of snakes,” as the late president Ali Abdullah Saleh described the challenge of governing the poor and divided country.

Military Pressure: Yemen’s government troops and the Houthi militia are constantly engaged in regular confrontation at multiple fronts, especially in the country’s southwestern province of Taiz and near the oil-rich region of Marib. Also, Iran is increasing its military support to the Houthis. Yemeni military commanders have recently said that the Houthi bombardment has become more destructive and precise, killing more soldiers and civilians. This shows that Houthis have restocked their depleted arsenal of weapons with more advanced ones. Houthis are also carrying out strikes through the use of missiles and armed drones deep inside Yemeni government-controlled territory.

It should be remembered by the international community at large and especially by Yemen’s wealthy Arab neighbours that’s Yemen’s war is a gift to Iran. Tehran sees it in this way that quiet manipulation of the Yemeni war has reinforced the fears of its main opponent, Saudi Arabia, that it is flexing muscles in its backyard. Iran’s relationship with the Houthis plays into Iran’s strategy of controlling key Arab waterways. Control of Yemen and its strategic ports give control of vital commercial and energy shipping lanes that connect the Red Sea to the Indian Ocean and the Middle East to Europe. It is in the benefit of everyone apart from Iran that Yemen remains stable and peaceful. An unstable and war-torn Yemen will remain a haven for terrorist groups like Al Qaeda in the Arabian Peninsula (AQAP) and the Islamic State of Iraq and the Levant (ISIL). Also prone to Iranian manipulation. Hence all the world and regional powers should support the new government with all their means, so that this government is able to bring security and stability to this war-torn country.

The Reko Diq deal signed between the Balochistan government and the Australian mining company BHP gave the latter a 75 per cent share in...
Read more
Editorials

Following a major nationwide electricity shutdown that remains largely unexplained by the government, which is causing load shedding in winter of all seasons, it...
Read more
Letters

2020 has been a year of pain due to the destruction of the pandemic in the last year. Though the coronavirus spread in 2019,...
Read more
Letters

Food inflation has continued to pose a challenge to the government as prices of major commodities including wheat, flour, cooking oil and sugar have...
Read more
Letters

Why just the schools?

It is conventional wisdom that, education is the most powerful weapon that can change the world. It plays a key role for the development...
Read more
Letters

January 18, 2021
Pakistan Tehreek-e-Insaf (PTI) leader and Parliamentary Secretary for Railways Farrukh Habib has said that the PTI has provided details of its accounts to the...