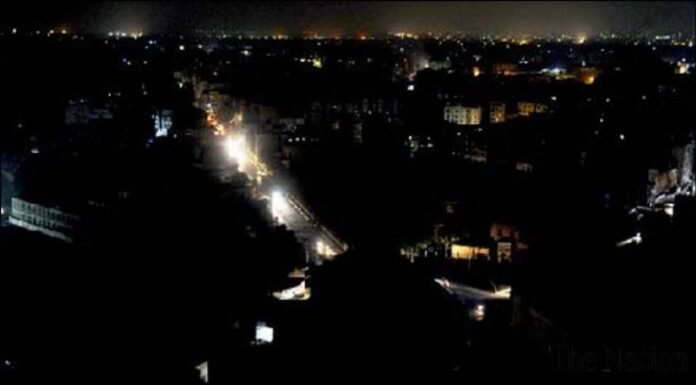 A massive power outage was reported from several cities across Pakistan, including Karachi, Lahore, Islamabad, and Rawalpindi.

Meanwhile, Minister for Power Omar Ayub Khan, in a statement on Twitter, said that the “frequency in the power distribution system suddenly dropped from 50 to 0 which caused the blackout”.

“We are trying to ascertain what caused the drop in frequency.”

Ayub said that Tarbela “will be activated so a phase wise restoration can be carried out”.

He requested the nation to exercise patience.

“All of our teams have reached their respective stations. As the Minister for Power I am personally overseeing the work for restoration of power.

“We will keep you updated periodically over the progress in power restoration,” he added.

In a subsequent update, Ayub said that a preliminary probe has revealed that the fault originated in Guddu at 11:41pm on Saturday.

“The fault led to tripping of transmission lines across Pakistan due to which in less than a second, the systems frequency dropped from 50 to 0. The dropped frequency led to a shut down of the power plants,” he wrote.