Distressed Azgard 9 to sell its manufacturing plant for Rs825 million 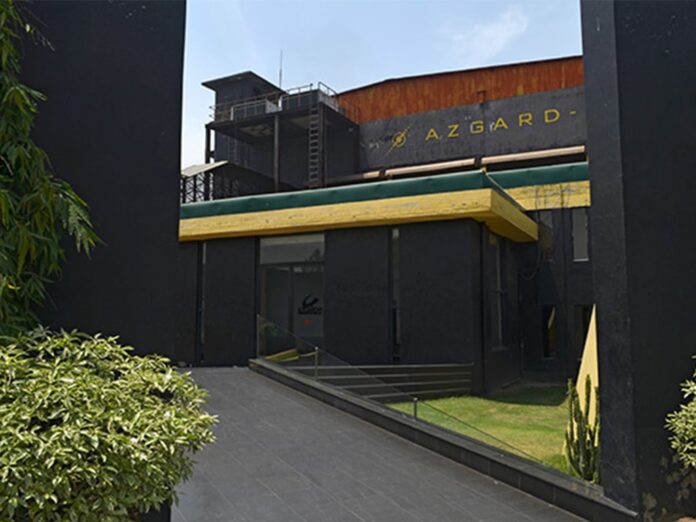 In business, as in life, it sometimes pays to be a little superstitious. Clearly, the management of Azgard 9 thought so, and when naming their denim company, decided to draw on all the luck from different world cultures. As they explained in one of their annual reports, the term Azgard is a reference to one of the nine worlds in Norse mythology, protected from the powers that be by the Norse god Heimdall. Meanwhile, the number nine is taken from China, where it represents ‘change’ and ‘transformation’. The number nine in Ancient Greek mythology represented fulfillment of creation.

And that is how, Azgard 9, decided to officially form its company on the ninth day of February in 2004, by nine members, so that it could ‘sow the seeds for an auspicious and rewarding future’.

Fast forward some 16 years later, and one can imagine Azgard’s management wondering where their luck went. In a notice issued to the Pakistan Stock Exchange (PSX) on December 30, the company said that its garment unit located at Ruhi Nala, Lahore, was being sold by the creditors of the company as a security enforcement action. The price of the entire unit, including plant and equipment? A hefty Rs825 million. The sale agreement was executed on December 9.

The creditors were able to do this because of a Lahore High Court order from July 2018, where a Creditors’ Scheme of Arrangement was sanctioned. Still, the company remained hopeful, despite losing a whole denim unit. “The sale of said FPS unit will not affect the business of the company, as the company has arranged sufficient production facilities to cater to business requirements,” it said, without specifying what those requirements were.

How did it come to this? Let us look back at the history of the company. [restrict paid=”true”]

The company is a composite spinning, weaving, dyeing and stitching unit, engaged in the manufacturing and selling of yarn, denim and denim products. It is registered in Lahore, and has been run by one man – Ahmed H. Sheikh – since the very beginning. Ahmed is the fourth generation of the Sheikh family, who have their origins in Shamkot, Punjab, where they first began their business in 1886. However, formal industrialized yarn manufacturing was started by the family in 1972, while spinning and denim weaning was started in 1995. Ready-made denim garments were started in 1997.

Asgard 9 has three units: Unit I is located in Kasur district, Unit-II is in Muzaffargarh and Unit-III is in by Ruhi Nala, Lahore. Today, Unit I is operational, but Unit II and III are non-operational. According to the company, they are being are held for sale under the ongoing Creditor’s Scheme of Arrangement for rescheduling, re-profiling and settlement of the company’s outstanding liabilities towards its creditors. It is this third unit that is being sold for Rs825 million.

Despite a brief respite in 2013, ot had severe losses again of around Rs2,500 million in 2014 and 2015. It never really recovered from this setback, having made a small profit of Rs385 million in 2019, and a loss of Rs389 million in 2020. Objectively, the company’s multiple annual reports show the same trend: that despite the general high sales, the cost of sales are almost equal, if not higher than sales, every year.

The company had to be restructured in 2012, and the company was unable to meet debt obligation because of a liquidity crunch. Another financial restructuring was then started in 2014. Yet by 2020, the current liabilities of the company exceeded current assets by Rs 8,794 million, with financial liabilities including Rs15,406 million relating to overdue principal and interest. Meanwhile, accumulated losses stood at Rs11,752 million.

On July 31, 2019, the Lahore High Court approved the scheme, by which the principal and interest of the debt would be paid off by selling some of the company’s assets. This was meant to happen by June30, 2020, but was delayed because of Covid-19.

It is a long game: as the company noted in its latest annual report, once these non-core assets are sold then the settlement of debt obligations will start, after which the company’s debt level will [hopefully] become sustainable. [/restrict]