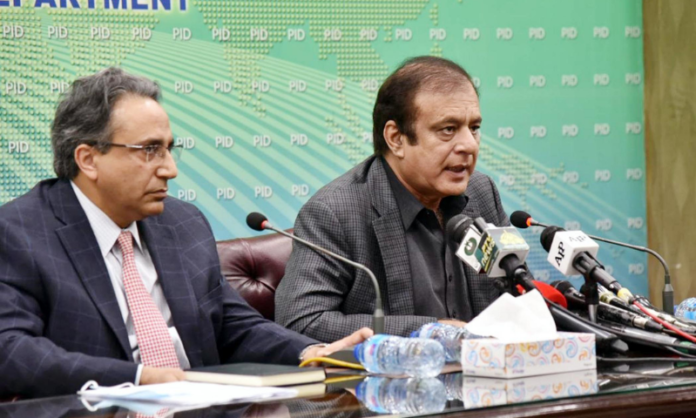 ISLAMABAD: Special Assistant to the Prime Minister (SAPM) on Petroleum Nadeem Babar has said the Sindh government is trying to give political colour to a serious economic issue by presenting distorted and misleading figures about the production and supply of gas in the province.

Addressing a news conference along with Minister for Information and Broadcasting Senator Shibli Faraz after the federal cabinet meeting, the PM’s aide said the Sindh chief minister, in a letter written to Prime Minister Imran Khan, had mentioned that the province produced around 2,500-2,600 million cubic feet a day (MMCFD) gas and got only 1,000MMCFD gas, which was contrary to the factual position.

Babar said he had presented complete production and consumption data of June-2020 of the Sindh province in the meeting of Council of Common Interests (CCI) in August, where Article 158 was also among the agenda items.

As per the June data, he said, Sindh was producing around 2,025 MMCFD gas, out of which 1,562 MMCFD was being consumed in the province directly through the network of Sui Southern Gas Company (SSGC), while around 463 MMCFD gas was allocated to the Sui Northern Gas Pipelines Limited (SNGPL), out of which 202 MMCFD gas was returned to Sindh in the form of supply to two power plants and a fertiliser production unit.

The SAPM said the remaining only 261 MMCFD gas of Sindh was going out of the province. “I have mentioned the figures for June 2020. Today, the gas production in Sindh has declined due to depletion in the existing reserves,” he claimed.

Besides, he said, around 150 MMCFD Liquefied Natural Gas (LNG) was being provided to the province if this too was detected from the 261 MMCFD gas, then only around 100 MMCFD gas of Sindh was going out of the province.

He said the Sindh government was not ready to recognise the gas supply being provided to the captive power and fertiliser plants operating in the province, which was “not less than any joke”.

The Sindh government had caused one and a half years delay in the construction of the 17km gas pipeline by not giving right of way to the SSGC, he alleged, adding that it was meant to transport additional supply from Port Qasim.

Further, while claiming that there was no planned load-shedding for domestic, commercial or industrial sectors in any part of the country, the SAPM said that pressure dropped, especially at tail ends of the line, due to severe cold wave.

However, he said the gas supply was being curtailed for Compressed Natural Gas (CNG) sector and captive power plants for three to four days to ensure smooth supply of the commodity to domestic consumers.

The last week of December and two initial weeks of January were considered winter’s peak time, he said, adding that after January 15, the supply situation would start improving gradually.