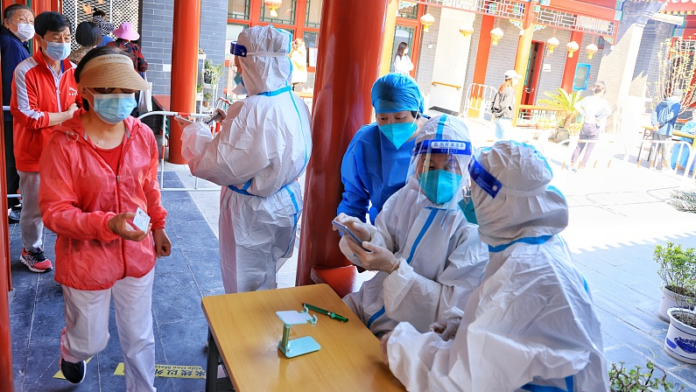 BEIJING: The number of COVID-19 cases dropped significantly in China in the first month of 2023, according to data released on Wednesday by the disease control authority.

Many of the data metrics have dropped below pre-optimization levels, displaying a clear trend of recovery.

Daily visits to fever clinics reached 2.86 million on December 23, then dropped by 97.8 percent to about 63,000 on Monday, said a webpage posted by the Chinese Center for Disease Control and Prevention (CDC).

BA.5.2 is the main sub-variant

CDC said they had collected 10,165 virus samples from across the Chinese mainland since early December, over 70 percent of which belong to the Omicron BA.5.2 sub-variant.

The second most popular sub-variant is BF.7 with a share of more than 28 percent. Beijing and Tianjin are the only two provincial areas that saw BF.7 as the dominant sub-variant in this period.

Vaccination against COVID-19 also saw progress, as more than 3.4 billion doses have been taken across the Chinese mainland.

More than 90.5 percent of the Chinese population have been fully vaccinated, up from 90.1 percent in August 2022.

China’s health authorities have been trying to get more senior people vaccinated to reduce severe cases. According to a recent CDC survey, 96 percent of senior people over 60 years old have been fully vaccinated, while 92 percent are getting a boost dose.

February 2, 2023
Rural Sindh has been facing significant challenges since the floods that hit the country last year, with many communities barely surviving amid food insecurity...