Racing towards a photo finish! 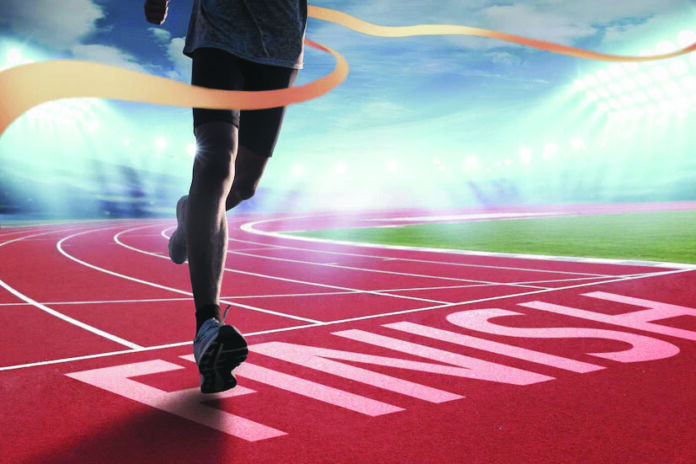 For many a cynical and law abiding Pakistani, the current quagmire seems to be a clash of egos. As this piece of analysis is in front of the reader’s, some way out might have been reached, as a flurry of meetings suggests. However, the last six months illustrate in the minds of observers, that it has always been a clash of egos. The last time such a thing happened was the aftermath of the hanging of a popular prime minister. For the next 10 years, each step of the government that hanged the popular prime minister was construed as the follow-up of that hanging.

Forty years-plus later, the ground realities at the helm of affairs and in the corridors of power seems to be proving again that the popular will is the last thing, which can be tolerated by the powers-that-be. Despite the fact that the leadership standards have gone through a “regime change”, falling standards of political discourse, especially when fighting with the established order, the unravelling of political machination does not seem to end anywhere.

There is no debate on the reality that Khan, despite being a very popular leader, has been at the same time a blundering leader. He could not dent the system as would have wanted to, as was his manifesto. He was booted out of power when he was at his lowest level of popularity. He took up issues and narratives, which had few takers outside his band of devout followers.

Yet 100 percent marks to the established order, which through a series of missteps proved him right in his fears as well as in his assessments of the powers-that-be.

Conclusively, when the state starts political games and concentrates on them more than the warranted attention, the stage is set for further disaster. Today Pakistan has to face a potential security threat at the shapr of resurgence of Islamist extremists; yet key institutions are more concerned about the spoils of war, which is to be decided in December. The unravelling of conspiracies one after another might push Pakistan into scenarios not expected or desired

A few days ago, the situation regarding the key appointment in the Army was put to rest with every party or faction showing sportsman’s spirit. Even Imran Khan distanced himself from the debate and coose to stick what he called his party’s single-point agenda, of holding early elections.

However, that was not to be. The incumbent government in Islamabad, which is regarded as the B team of the establishment, instead of moving the usual summary of appointment of the new Army Chief, came up with the surprises of all, changes in the Army Act. In other words, the PMLN/PPP government is showing obvious and clear signals as to which person it wants to be the next Army Chief. As of now, things are still elusive. Procedure says separation orders of the outgoing individual are needed as well as summary for the incoming one.

Connecting that with the scepticism of Khan, even if an opponent of Imran Khan says that the former cricketer is fond of fighting imaginary shadows, the episodes of the last few weeks, in all fairness point out to the fears expressed from time to time by the PTI leader. Even a novice can conclude that things are not that as simple as they seem.

The clash of personality No. 1 with Personality No. 2 as debated and gossiped about in the country and on social media since March 2022,  seems a reality for all practical purposes. If the incumbent government has been quick to claim that, it has created a dent in the PTI narrative.

Further that the PTI leader’s unguarded comments have helped the incumbent government demolish the narrative, the incumbent new initiatives under any pretext only strengthen the fears of the PTI die-hards and have the potential to win more admirers, the silent majority, as they are proverbially called by the political commentators.

Joining the nodes; assassination of key witnesses/journalists of the plot, unprecedented pressers to defend the respective positions taken by the establishment, sniper fire in a political rally, proposed amendment in the Army Act, regretfully prove that there are things afoot and are moving in that direction in one way or another.

Here it may be pertinent to note that the continued missteps by the incumbents have strengthened the hands of the opposition groups, despite their own leadership’s potential shortcomings. The last step, which seems to be the most ominous, also creates an impression that while the world is on the move to demolish idols, religious, Islamic or otherwise, Pakistan is being taken towards a path, which leads to greater regimentation to the benefit of the established order.

The established order, which is accused and may be rightfully, that it helped install Khan on the PM seat, wanted to transform the state of Pakistan to its advantage. During the tenure of Khan, the creeping established order was evident in every activity. A PM could only console a grandmother of a living “orphan child” but did not have the power to ask or even request the established order to respond to the human rights query.

In yet another case, people who were the target of death squads as well as intelligence sleuths, were called blackmailers by that very PM. How could a popular leader say that? Squarely the creeping order was the dictating factor.

As things stand, after April, for a common person with nominal political understanding, the mechanics of change were centred in a clash of personalities. Irrespective of the fact that both the warring parties tried to market their narrative, as they liked to, the average person knew the truth. That clash of personalities coupled with a new political culture, which rests more on speaking loudly to make home a point than to have convincing arguments, has in fact polarized Pakistani society to the prohibitive limits.

The common man also understands the cruel fact that the entire political race in one way or another is not to emancipate the Pakistani masses, rather it is to gain the approval of the kingmaker, nothing else.

Be it the muted bid for amendment in the rules of business of an important appointment in the Pakistani context; or trying to follow the same personality in letter and spirit when in power, not much change seems to be in the Pakistani political horizon, honestly. The number of demonstrators the opposition leader wants to show up in Islamabad is not to create a new world, a new Pakistan, it is the same management, he wants to appease.

In the run-up to the second last day of the current month, the bid for favour or success in convincing the real masters has gained strength. If one side is throwing as much mud as it can on the other faction, the faction or political party under fire is surprisingly trying to put up an innocent face. The disowning of many stances by the PTI chief, perceived or real, point to the fact that grabbing power by either side is the main goal for all concerned.

However, the intensity of fight between the two warring political trends; one with the established order’s backing and the other these days in the political wilderness, may not be taken as a real fight between justice and injustice. The photo finish, which is visible in the near future, will at most throw up another experimental political game plan. To call that a change in the favour of the masses is not the right analysis.

Conclusively, when the state starts political games and concentrates on them more than the warranted attention, the stage is set for further disaster. Today Pakistan has to face a potential security threat at the shapr of resurgence of Islamist extremists; yet key institutions are more concerned about the spoils of war, which is to be decided in December. The unravelling of conspiracies one after another might push Pakistan into scenarios not expected or desired.