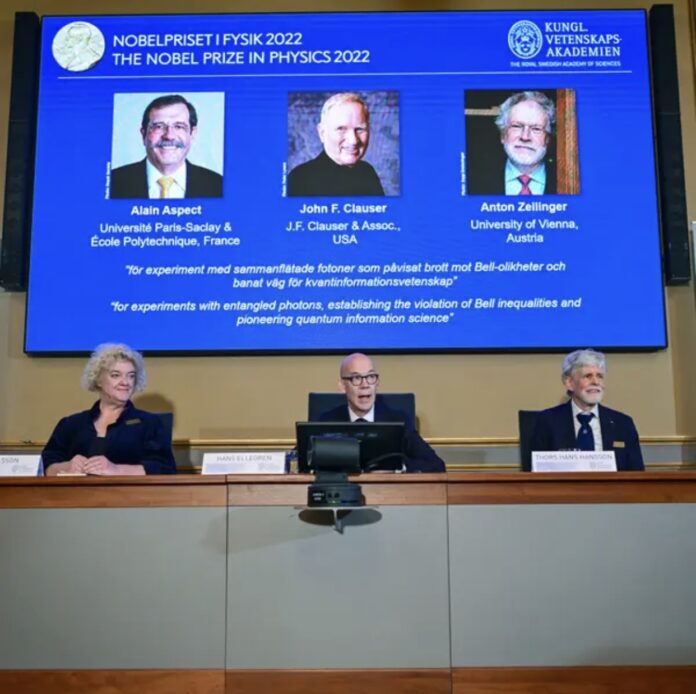 Stockholm: A trio of physicists on Tuesday won the Nobel Prize for discoveries in the field of quantum mechanics that have paved the way for quantum computers, networks and secure encrypted communication.

Alain Aspect of France, John Clauser of the United States and Austria’s Anton Zeilinger were honoured for “groundbreaking experiments using entangled quantum states, where two particles behave like a single unit even when they are separated”, the committee said.

Their results “have cleared the way for new technology based upon quantum information”.

“It has become increasingly clear that a new kind of quantum technology is emerging,” Anders Irback, chair of the Nobel Committee for Physics, said in a statement.

Aspect, a professor at the Paris-Saclay University, said the international makeup of the group was an important signal in the face of rising nationalism around the world, which he urged the scientific community to stand against.

“It’s important that scientists keep their international community at a time when … nationalism is taking over in many countries,” Aspect said in a phone interview with the Nobel Foundation published on YouTube.