There is no economic plan 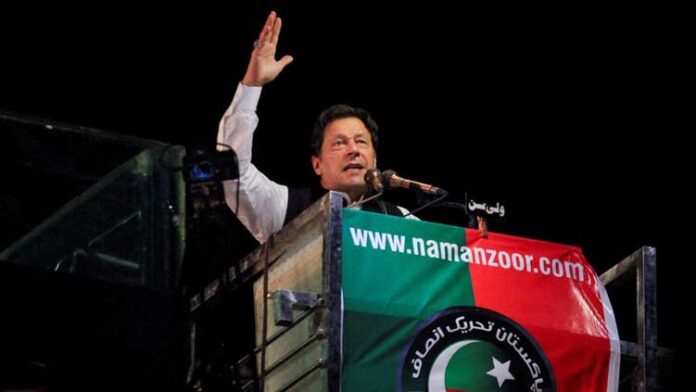 On September 21, while addressing the lawyers’ convention in Lahore, Chairman Pakistan TehrekeInsaf (PTI) Imran Khan said that people from all walks of life must join the resumption of the HaqiqiAzadi (real freedom) movement which would be resumed from September 24.

Resumption means from the point where the movement ended on May 25. The hiatus gave the PTI sufficient room for recovery. To replicate, the PTI wants to construct the next sequel of the Azadi (freedom) movement of 2014 which began on August 14 and ended in December 17 the same year in Islamabad. The PTI once again thinks that reactive rowdy politics under the rubric of nationalism of some sort can pay dividends. The question is this: will 2022 replicate 2014? Another could be this: are the ground realities constant from 2014 to now in 2022?

On the occasion of the convention, the economy got the most focus in the speech. Khan came up with a novel presumptive solution: if 500,000 overseas Pakistanis (out of millions settled abroad) invest in Pakistan, the country would not be in need of international loans to run its affairs. Interestingly, in the run-up to the general elections of 2018, Khan sold the idea of having a clandestine team of economic experts who would change the country’s destiny, if his party assumed power. After coming to power, no such financial wizard surfaced. All rhetoric turned out to be hollow, just political gimmickry.

Seeking monetary advantage from the expatriates is possible on the paper but not on the ground. The expats are mostly working-class settled in various parts of the world. They survive by scraping money together and by squeezing their resources. They send funds to their families regularly to make their survival possible in Pakistan. Some expats become rich over time but this does not mean that their number has crossed the figure of 500,000. Interestingly, during its three years stint in power, the PTI did not invite such a display of generosity from the expats.

Banking on the expats for the provision of funds in the shape of investment is merely wishful thinking. It is more deceptive than practical. It can only be thought of as a contribution to the economy when there are dozens of other contributing factors available, and not a sole reliable flaunted factor as an economic policy vision. The expatriates mostly invest in the activities of buying and selling lands. The process makes money shift hands but it does not open new economic opportunities. Can the expatriates invest in science and technology is the major question. The answer is a probable no.

Instead of tech-savvy neighbours such as India and China, Pakistan sees itself more like Afghanistan, a war torn militia-run country surviving in isolation. Dependent on the major export of opium, Afghanistan should not be an example for Pakistan on how to survive.

The same is the problem when pre-electoral pledges turn impractical like constructing houses in millions and providing a substantial number of employment opportunities. Such promises are meant for electoral consumption only. Pliable people forget to understand this point.

This turn around brought about a new challenge. The government employees saw the burgeoning of the private sector which paid high salaries. A salary competition set in. The post-2001 era saw an exponential increase in the salaries of the government employees, both those who worked in the civil domain and those who worked in the army. The trend of doubling the salaries was also witnessed in both civil and army realms.

The rise of the private sector introduced a market economy depending on imported products meant for sale. The consequent services sector, besides generating employment, enhances the import bill. The services sector has outgrown the agriculture and industrial sectors within the context of the GDP. There is no going back now. The overall consequence is that Pakistan is witnessing simultaneously high inflation and high expenditures choking the economy every second or third year. The point is simple: enmeshed in the habit of high expenditure and doubling the salaries, Pakistan cannot come out of the debt trap. The packages of the International Monetary Fund are simply punishing Pakistan for s uch practices.

Pakistan needs to minimize its expenditures and devise economic policies that could revive the agricultural and industrial sectors. Pakistan needs investment in building the sector of information technology, as India did in Banglore, Hyderabad, Mumbai, Chennai and Delhi – India’s five top tech cities.Pakistan needs to develop softwares which could be sold to the world to earn foreign exchange.

From 2018 onward, both the PTI government and the army promoted social media warriors officially to snub opponents. Neither of them promoted the idea of nudging the youth towards developing softwares, earning copyrights and selling their products to the world. Both spoiled the youth, which is now mired in trolling and cropping.

Instead of tech-savvy neighbours such as India and China, Pakistan sees itself more like Afghanistan, a war torn militia-run country surviving in isolation. Dependent on the major export of opium, Afghanistan should not be an example for Pakistan on how to survive.

In short, the cost of Haqiqi Azadi is an arduous economic struggle. Dropping the idea of ploys, the PTI must come up with sound economic plans to run the country, if and when it resumes power at the Centre.