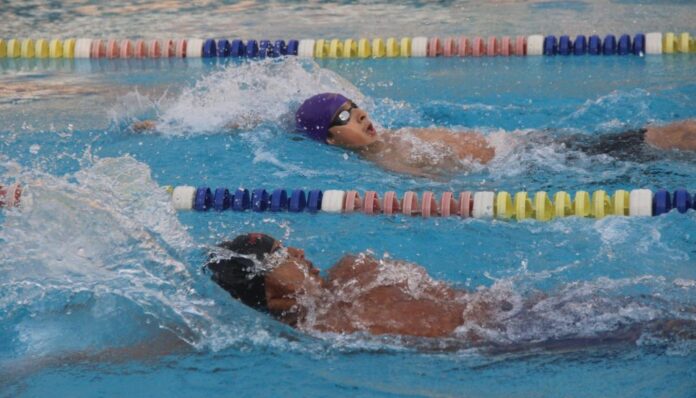 The promising young star Ahmad Durrani while representing Pakistan in the Fina World Junior Swimming Championship held in Lima, Peru-2022 in U14 and U16 categories and created six records.

In the 50 butterfly Ahmad Durrani timed 26.75sec after beating the old time of 27.31sec and in last but not the least Ahmad stunned his fellow swimmers when he created another new record in 200m backstroke U16 category with his time clock 2.25.57sec.

Muhammad Asif Orakzai said that Ahmad Durrani has a promising career in swimming and hopefully in future he would win back more laurels for country in international events. He said Ahmad is a very talented swimmer and that is why he was given playing rights on behalf of the Khyber Pakhtunkhwa Swimming Association in the World event.

He said they held a Swimming Summer Camp two months earlier in which more than 200 swimmers in different age groups from U8 to U16 took part under qualified coaches headed by Asad Hoti, who remained as National Champion for Pakistan Navy for 16 long years. He said hosting the Swimming Summer Camps in Adil Khan Swimming Pool we have spotted very good new faces and hopefully they would give good results in future for Khyber Pakhtunkhwa.

He also thanked Director General Sports Khyber Pakhtunkhwa Khalid Khan for providing all out facilities to the upcoming swimmers during the camps. He also made an appeal to Chief Minister Khyber Pakhtunkhwa Mahmood Khan for making the Adil Khan Swimming Pool into an “All Weather Pool” in the province.