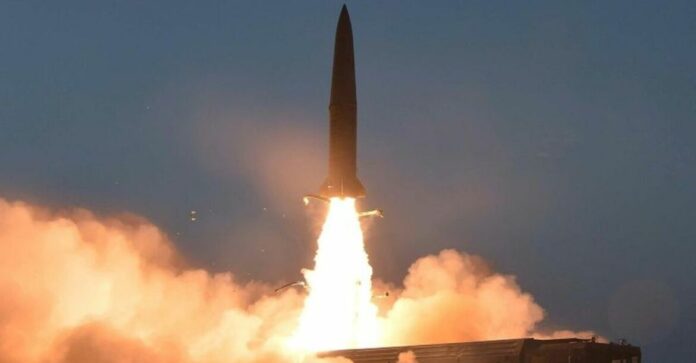 The isolated nation has not tested a cruise missile — which are not banned under United Nations sanctions on Pyongyang — since January, the Yonhap News Agency reported.

The last time North Korea conducted a weapons test was July 10, when they fired what appeared to be multiple rocket launchers.

“The US and South Korean military authorities are analysing detailed specifications such as flight distance.”

North Korea has conducted a blitz of sanctions-busting tests this year, including firing an intercontinental ballistic missile at full range for the first time since 2017.

Washington and Seoul officials have also warned that the isolated regime is preparing to carry out what would be its seventh nuclear test.

The cruise missile launch came as South Korea’s President Yoon Suk-yeol marked 100 days in office Wednesday, telling reporters at a press conference that he did not support regime change by force in North Korea.

Yoon, who took office vowing to get tough on Pyongyang, earlier this week laid out details of his “audacious plan” to offer massive aid to Pyongyang — if Kim Jong Un will give up his nuclear weapons.

Analysts say the chances of Pyongyang accepting such an offer are vanishingly slim, as North Korea, which invests a vast chunk of its GDP in weapons programmes, has long made clear it will not barter its missiles away.