Shadows of uncertainty on the political horizon 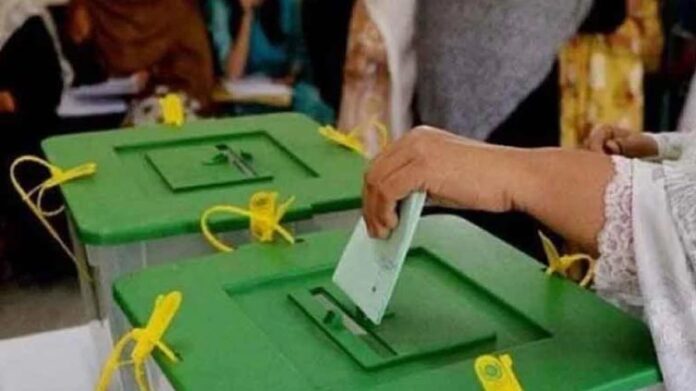 After the defeat of the PML(N) in the Punjab by-elections, the shadow of political uncertainty in the country is getting deeper instead of diminishing. Questions are also being raised on the survival of the coalition government of 11 parties in the federation even as the change of Hamza Shehbaz’s government in Punjab seemed inevitable. The PTI leadership is increasing pressure on the federal government to hold general elections before time, while the PML(N) and the PPP rejected this demand and bluntly announced that the current National Assembly would complete its constitutional term, the government would remain in place and general elections be held in the middle of next year. It is currently difficult to say anything with certainty about what the outcome of the power struggle will be, as the shadows of uncertainty on the political horizon are increasing instead of diminishing.

There is no doubt that the allies were demanding general elections before coming to power. From Maulana Fazal-ur-Rehman to Bilawal Bhutto and Mian Shehbaz Sharif, they had assured the nation that after depriving Imran Khan of power, at most within two months general election would be held and the people given the opportunity to choose their representatives with their free opinion, but as soon as they assumed power, they started making announcements about ruling till August next year. The public took it as an insult and believed in the claim that the coalition came not to end inflation and hold new elections, but to save their theft and fulfill the American agenda.

The PTI narrative is proved by the coalition government, which after coming to power preferred to amend the accountability and election laws instead of solving public problems and by following the conditions of the IMF, the people’s lives have been made a torment but now the people are not so forgetful anymore.

People know everything and are seeing how their own agenda is being worked on and because of this, the ruling coalition has faced a terrible defeat in the elections and to hide its failure, the PML(N) has made an excuse for the lack of mobilization of the workers while the non-cooperation of the allied parties is suspected and sometimes it is said that they had to lose in the elections due to the lack of their representatives while the PML(N) fielded its long-standing and strong candidates in Lahore and Dera Ghazi Khan constituencies and have seen that both have faced defeat.

It is a fact that the people have become dissatisfied with the coalition government within three months. Seeing the public mood, the PML(N) leadership had considered the reasons for the defeat but till now the election results have not been considered nor the dangers of political and economic instability are being realized in the country, as after the establishment of the government of Chaudhry Pervez Elahi in Punjab, the grip of the federal government headed by Shehbaz Sharif on political and economic matters will be further weakened.

There will be a further increase in political crisis and the fear of default will be high, however, Mian Nawaz Sharif, Asif Ali Zardari, Mian Shehbaz Sharif and Maulana Fazal-ur-Rehman are stubborn about completing the government term and not holding new elections on the demand of Imran Khan. Although this is not Imran Khan’s, it is the demand of the people and national stability that requires that the state should be saved, not politics; but the leaders of the nation are busy protecting their political interests instead of saving the state.

In our country, it does not take long to change politics but this time a new color is being seen in politics. If Zulfiqar Ali Bhutto had taught a Pakistani public to speak with political consciousness then Imran Khan has shown the way to bring about change through the ballot box with the common man is perseverance. The coalition government is nervous inside after the public change, but apparently no panic is manifested.