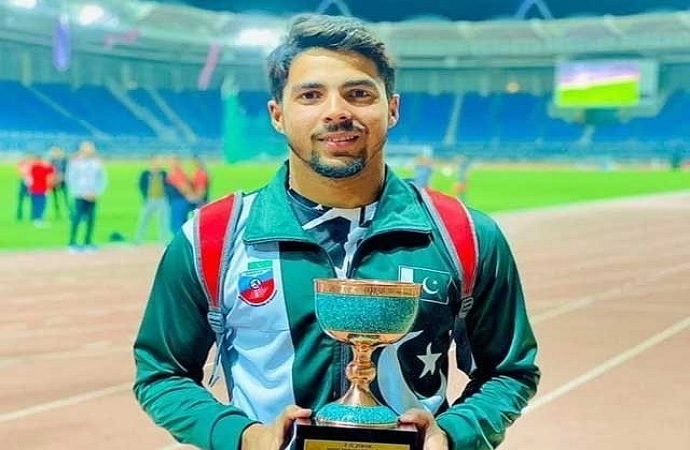 Pakistani sprinter Shajar Abbas has won a gold medal in the 100m race of the ongoing Qosanov Memorial Athletics Championships in Almaty, Kazakhstan.

As per details on a private news channel, the 22-year-old clocked 10.41 seconds in the sprint to clinch the gold medal.

Earlier, Abbas also set the national record by completing his 100m heat in 10.38 seconds. The record was previously held by Afzal Baig, who clocked 10.42 seconds during the 2005 Islamic Games.

Abbas wasn’t the only one who won a medal for Pakistan as his fellow sprinter Abdul Majeed Baloch also bagged a bronze medal in the men’s 400 meters final. He finished in third place with a time of 46.86 seconds.

Both Abbas and Baloch have also qualified for the final of the 200m sprint, which will take place later today. Meanwhile, Amir Sohail clinched Pakistan’s third medal in the event with a silver in the 1500m race.

Abbas crossed the finishing line in 20.91 seconds, which is a new competition record for gold in Mashhad. Meanwhile, Baloch took 21.41 seconds to finish in third place.

Mueed won silver medal in the 400m event by finishing the race in 46.73 seconds, which is a new men’s national record for Pakistan in the event.