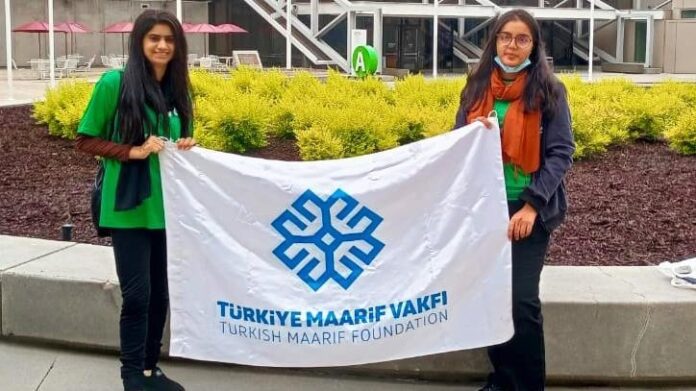 LAHORE: Two students of the Pak-Turk Maarif International Schools and Colleges have won a top award at an international science event in the US.

Talia Kulsoom and Umm-e-Kulsoom, 12th-grade students at the Gulshan-e-Iqbal Girls’ Campus in Karachi, took the first position in the Physical Science category at the 2022 Regeneron International Science and Engineering Fair (ISEF) held in Atlanta city, the school announced in a statement.

Their project, completed under the supervision of their teacher Hira Bashir, focused on the extraction of “vegan leather” from Cedrus deodara, a cedar tree species native to the Himalayas, according to the statement.

“Our intelligent students believe in the green world and in the conservation of resources, which encouraged them to come up with this unique idea,” the school said.

The ISEF is an annual event organized by the Society for Science and Engineering, a non-profit group headquartered in the US.

The organisation describes the event as “the world’s largest international science competition,” bringing together approximately 1,800 high school students from more than 63 countries each year.

The Maarif Foundation has 28 schools and colleges across Pakistan that provide quality education to thousands of students in several cities, including Islamabad, Karachi and Lahore.​​​​​​​​​​​​​​