Implications of the Russia-Ukraine war 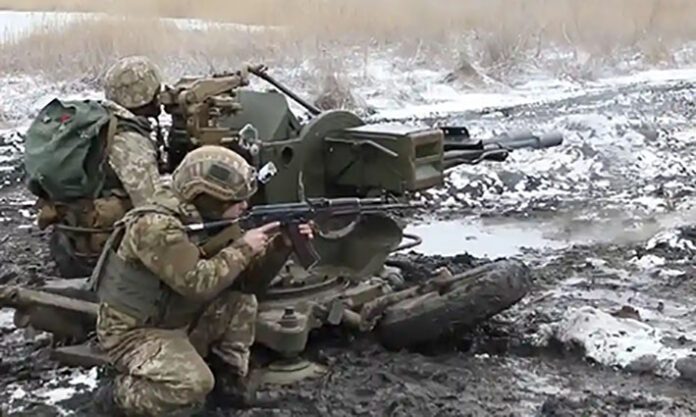 In the wee hours of 24th February 2022, Russia launched a full-scale invasion of Ukraine. Almost 2 months forward, the biggest war on European soil since World War II rages on. In the weeks past, thousands have lost their lives and an estimated 11 million Ukrainians have been displaced, with ~7m relocating internally and the rest fleeing to neighboring countries.

In the wake of this conflict, countries across the globe have imposed sanctions on Russia and numerous global companies have announced plans to cease all business involving Russia. While these actions will certainly have a crippling effect on the Russian economy, there are profound implications for the global economy, both immediate and long-term.

The immediate short-term implication of the Russia-Ukraine war is a rapid increase in the prices of commodities and grains that are directly produced by Russia and Ukraine. In addition to the impact of sanctions, supply chain disruptions have also contributed to price increases as Russia and the EU have closed their respective airspace for the other party, and trade via sea freight routes in the Black Sea has come to a near halt.

While prices have adjusted in anticipation of upcoming shortages driven by both supply chain disruption and the impact of sanctions, some products will likely undergo additional price discovery. Below, we present a ranking of products where the combined Russian and Ukrainian exports constitute a large share of the global trade. According to data from The Observatory of Economic Complexity (OEC), an online data visualization and distribution platform, more than 50% of the global trade for Asbestos, Seed Oils, and Pig Iron is sourced from Russia and Ukraine. 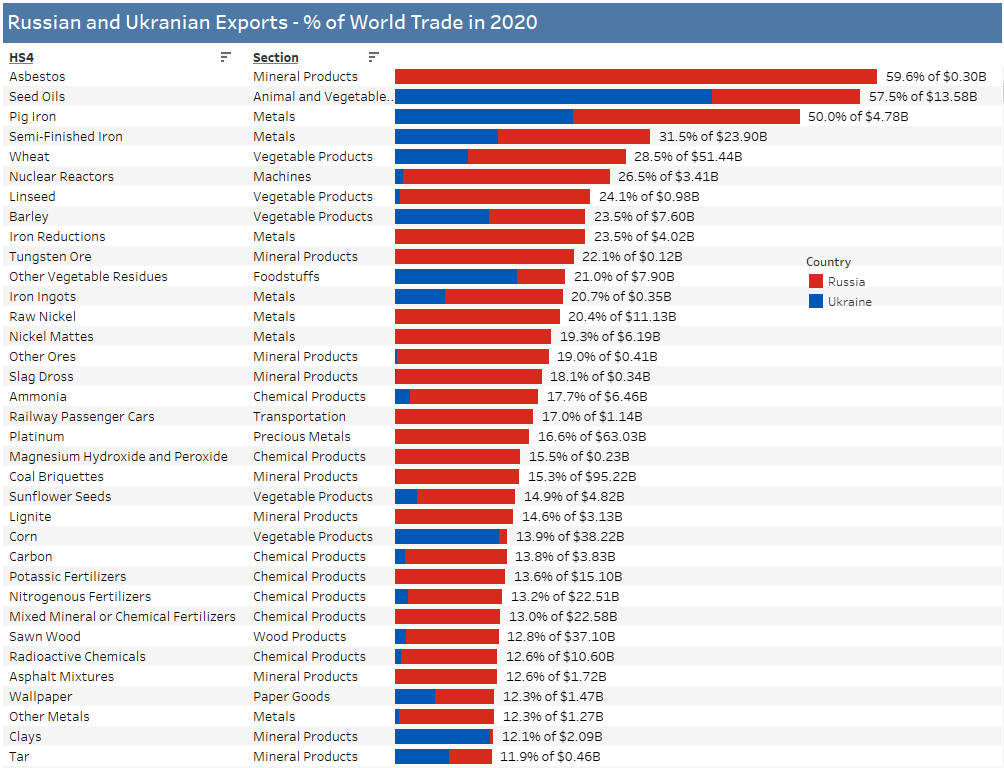 Excluding, Crude and Refined Petroleum, the following exhibit lists all products where the global traded value was more than US$1 billion in 2020 and Russian and Ukrainian exports accounted for more than 10% of the world trade. For the entrepreneurial-minded, these products might present an opportunity in the global trade market. 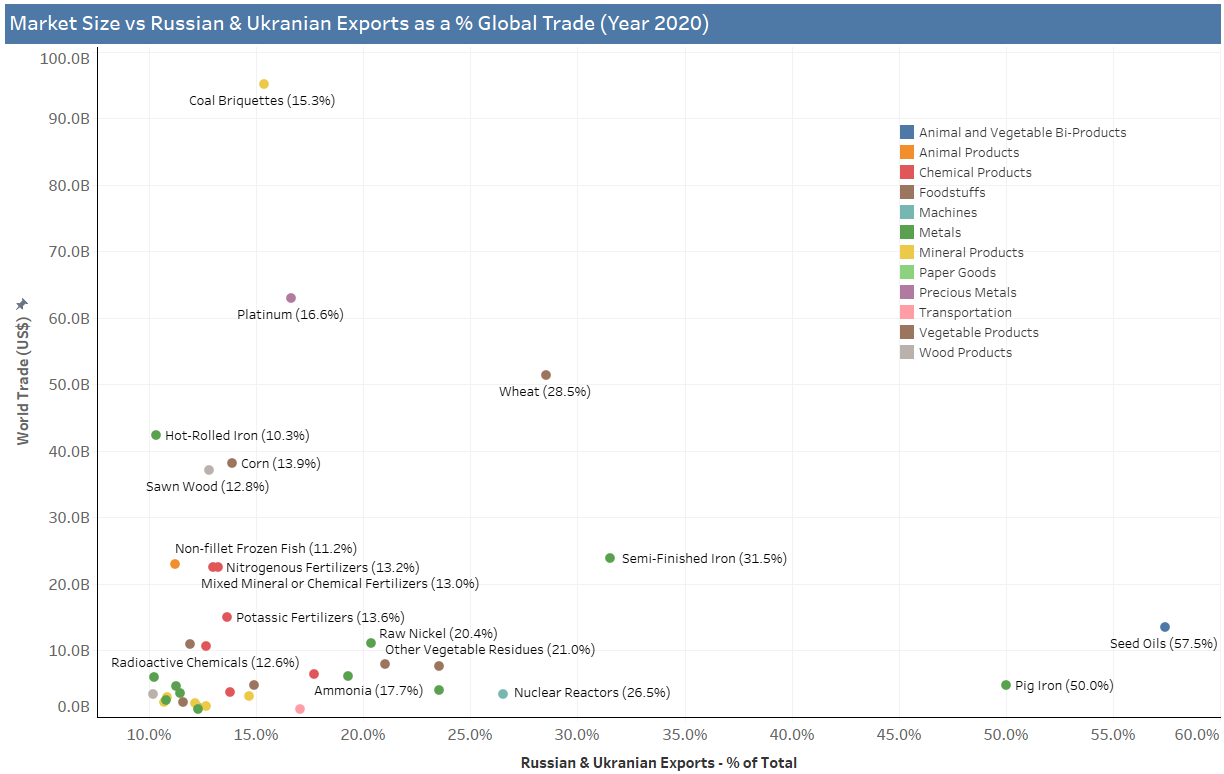 Over the longer term, Ukrainian exports may come back to pre-war levels under normal circumstances (unless Russia annexes Ukraine). However, Russian exports are unlikely to recover anytime soon. Consequently, prices for products with a heavy dependence on Russian exports will likely remain elevated over the long term.

This commodity price-driven inflation will be accompanied by slow/negative growth in real economic output in various regions across the globe. Countries, especially those in Europe, are also expected to increase military spending to bolster their defenses. And lastly, it will not be a surprise if the Chinese CIPS network makes inroads against the dollar-based SWIFT network.

Even post cessation of the war, owing to the sanctions Russian exports will not recover to pre-war levels anytime soon. The following products, along with their substitute products are likely to see elevated prices over the longer term. It is noteworthy, that Asbestos has been linked to cancer and is banned in many countries around the world. However, Russia is the largest exporter of the mineral, accounting for nearly 60% of the global export in 2020. 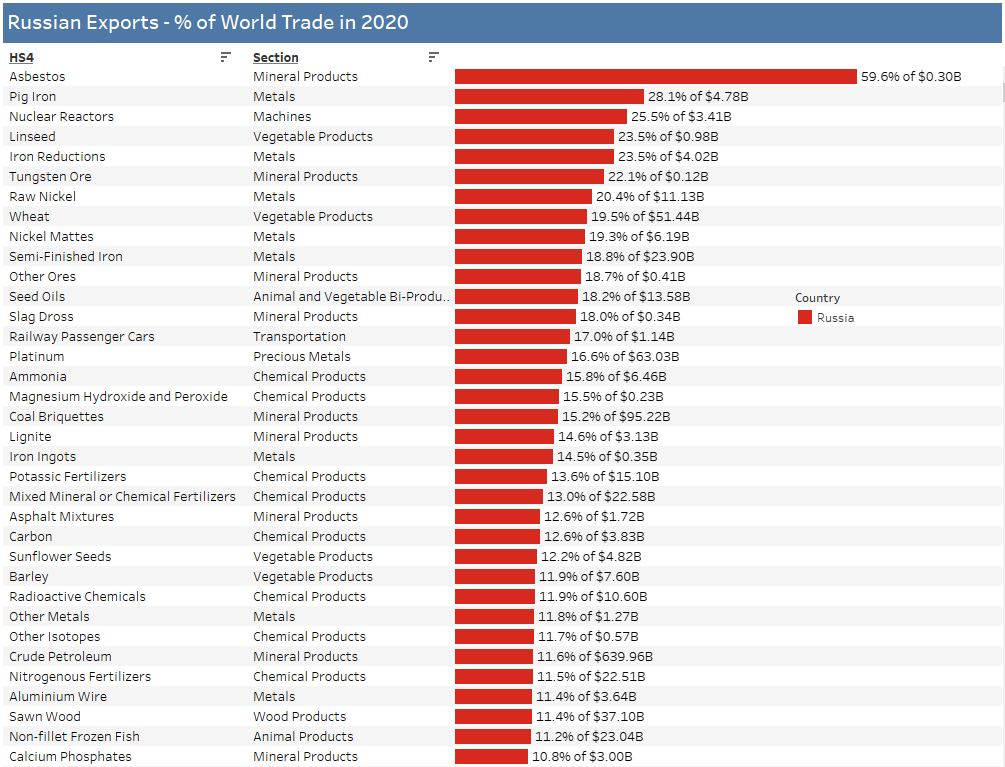 In terms of the largest $ value of export, Crude Petroleum was Russia’s largest export in 2020, followed by Refined Petroleum and Petroleum Gas. Whereas the US banned Russian Oil imports in early March, the EU is more divided but has indicated that some measures are forthcoming, along with a ban on Russian Coal. Europe, however, remains heavily dependent on Russian gas, with some estimates putting Russian gas accounting for 40% of the EU’s gas needs. There are plans to reduce this dependence to about 24% with the import of liquified natural gas from the US and some other countries. 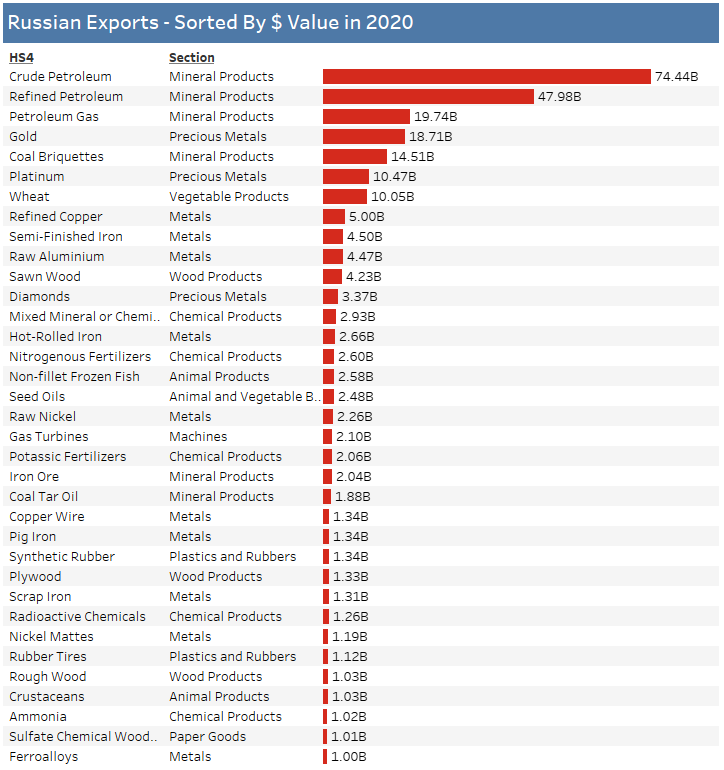 The long-term impact of the increase in commodity and food prices is inflation, which will be passed on to all countries across the globe, however remote their geographic location. This will disproportionately impact poorer nations, where food spending constitutes a much bigger share of the disposable income. Whether such scenarios lead to civil unrest, protests, and regime changes, remains to be seen.

Another unfortunate outcome of the Russia-Ukraine war is the increase in defense budgets across the globe. This will be most notable in Europe, where countries have big wallets and close physical proximity to Russia. Several European counties, including Germany, Italy, Belgium, Romania, Poland, and Norway, have already announced plans to increase defense spending. A more militarized world is certainly profitable for the weapon manufacturers but could be catastrophic for the human race.

SWIFT is the largest cross-border payments system in the world with over 11,000 banks across 200 countries in its network. According to The Economist, the SWIFT network had a daily average transaction volume of about $400bn towards the end of 2021. The Chinese rival network, known as CIPS (Cross-Border Interbank Payment System), was well behind at $50bn a day. As the US and EU ban more Russian banks from the SWIFT network, these banks are likely to switch to the CIPS network. Not only will a ban on all Russian banks from the SWIFT network result in difficulty in making payments for Russian gas (which the EU is dependent on) but it also bolsters the status of the Renminbi as the second global currency.

In recent days, Russia announced its willingness to sell oil to ‘friendly countries’ at below-market rates. In future, if a country is facing high inflation and possible civil unrest, it will be more likely to avail such an offer. That said, only time will tell whether the world divides into two distinct trading blocs – one based on the dollar and another on the Renminbi.

Shahzeb Zakaria
Shahzeb Zakaria, CFA runs a data analytics firm that predicts KPIs of publicly traded compaines for US based hedge funds. Previously, Shahzeb was an equity research analyst in New York. Shahzeb holds an MBA from the J.L. Kellogg School of Management at Northwestern University and a B.A. degree in Economics from Franklin and Marshall College.